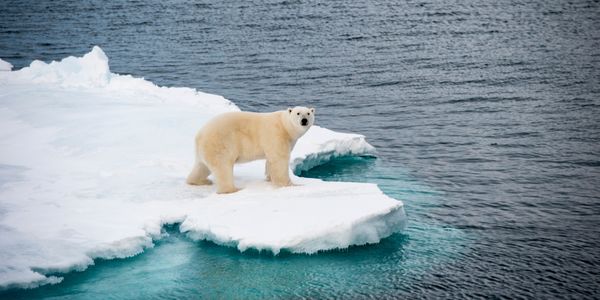 We Have Until 2030 to Stem Climate Change — So Why Are Our Republican Leaders Doing Nothing To Stop It?

The Cold War might be over, but we are still living in a world ruled by mutually assured destruction. This time it's not nuclear bombs and missiles that might cause the end of humanity but climate change — and each and every one of us, with our actions, are working to quicken or stall the coming end of the world as we know it.

Earlier this month, scientists gave the world some frightening news. We have until 2030 to save our planet from the irreversible damages of climate change. If governments haven't come together by then, to drastically reduce emissions, it is likely that we will be unable to stop the global temperature from warming the 2.7 degrees Fahrenheit considered to be the "temperature of no return."

The United States, with its policies, could make or break the mission to reduce emissions. For one, we are the second largest emitter behind China, and our actions could lead the way to a global partnership. Currently, however, that doesn't look very likely. Last year Trump stunned the world by pulling out of the Paris Agreement and according to the Washington Post, the U.S. has more climate change deniers than anywhere else on Earth. Some of them are holding some of the most powerful positions in government, including the U.S. presidency.

Despite obvious signs of drastic temperature change — increasingly more deadly and intense wildfires like the ones in California, more frequent and destructive hurricanes like those that left Puerto Rico, Florida and the Carolinas in ruin, fatal droughts and a warming ocean — the GOP not only fails to act to reduce America's emissions but proudly believes that climate change is a hoax!

The world's doctors have warned us that we will "die" in a little more than ten years unless we kick our fossil fuel addiction. Yet our nation's current caretakers — the Republicans in power — continue to pass legislation that helps not hinder the gas, oil and coal industries.

This is unacceptable. If we continue down this path there is no chance we will stem our nation's emissions and save our planet. We need to take action now. Please tell our Republican leaders that climate change is not a hoax. It's deadly serious and they need to pass policies that work to stop it.

Care2
We Have Until 2030 to Stem Climate Change — So Why Are Our Republican Leaders Doing Nothing To Stop It?
DELENTWEET