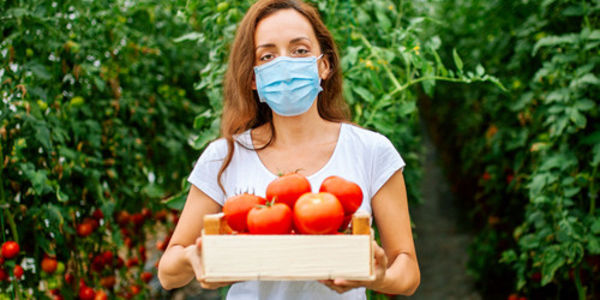 These corporations make billions in revenue, but leave farmworkers to broil in triple-digit weather picking our fruits and vegetables

The climate change-induced summer heat wave is coming. And while it plans to spare no one, those who are forced to work outside — due to the nature of their jobs and precarious socioeconomic status — will bear the brunt of its fury.

According to experts who spoke with the Washington Post recently: "temperatures in the West[ern U.S. states] are likely to be up to 25 degrees above average for this time of year."

Those most vulnerable to these extreme heat fluctuations include the people who pick our fruits and vegetables, supplying us with food on our tables. Every time we eat a meal, someone was required to be out in a field harvesting those ingredients. And those people are now about to experience a whole additional world of intensity and pain from the impending scorching, climate-changed heat wave.

Sign the petition to demand these workers' extremely rich employers finally provide them with full benefits, including paid time off!

When agriculture is called "big business," that's an understatement. For giant corporations that run most of crop harvesting and factory farming operations in the U.S., it's actually HUGE business, raking in billions of dollars in revenue every single year. The top two most profitable agricultural corporations in the United States — Cargill and Tyson Foods — bring in upwards of $42 billion and $113 billion a year in revenue, respectively.

Yet for their workers who — let's be honest — do all of the real labor, they're not seeing those profits or benefits. In many cases, they're not seeing any workplace benefits at all, including no sick time and no salaries. Instead, farmworkers are paid by how much produce they pluck, measured "by the pail."

Extreme weather events force these laborers to miss, on average, two weeks of work each year. And that is time they are not paid for. But for families who can't afford to miss out on per-pail-payments, that means going out into the blistering, deadly heat anyway. It has also historically meant going out and working during severe wildfires, even when the air is choking and packed with toxic chemicals that linger in the body long-term.

This is also a huge social justice issue, since most agricultural workers in the U.S. are immigrants, primarily from Mexico, and around half of all farmworkers are undocumented. This puts them in an extremely perilous situation, where they cannot risk reporting their employers' unethical or even illegal behaviors due to fears of being deported. In many cases, workers aren't even aware of the full extent of their rights — and corporations work hard to keep them that way, in the dark.

Weather in the Central Valley of California, one of the most productive agricultural regions in the entire world, has already roared past triple-digit temperatures this year, ranging from 114 degrees in some areas to a whopping 130 degrees Fahrenheit in others.

These are temperatures that no human being (or animal) should be forced out into, and yet Big Ag corporations are giving these workers no other choice. This is heinous and inhumane and it must be changed NOW.

Care2
These corporations make billions in revenue, but leave farmworkers to broil in triple-digit weather picking our fruits and vegetables
DELENTWEET