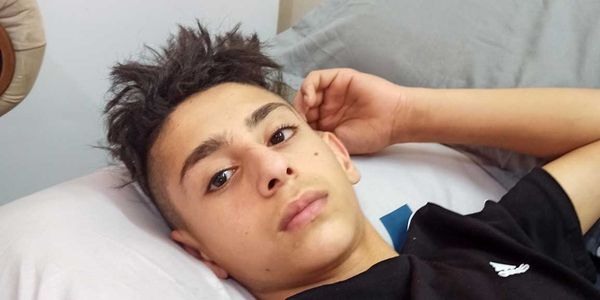 A group of Israeli settlers kidnapped and gruesomely tortured an innocent teenager. Tareq Zbeidi, a Palestinian citizen, and five of his friends were picnicking near their home village of Silat-a-Daher in Jerusalem, Israel when the horrifying attack began.

Sign now and urge the Police in Jerusalem to find the group responsible and charge them with violence towards a minor!

This teenager and his friends were only 15 at the time of the attack, and were simply trying to do what your average teenager would. But then, the group of Israeli settlers arrived in the area and started chasing them and throwing stones.

For Tareq, it turned into a hellish ordeal, as he lagged behind the group running, due to a previous leg injury and was hit by a car following him. A group then got out and started beating him with sticks. They then bound his hands and feet, tied him to the roof of their car and drove him to their home in the Israeli settlement of Homesh. Here the violence to this poor boy continued as he was kicked, pepper sprayed, spat on, cursed at and hung from a tree while his feet were burned and cut as he screamed in pain and eventually lost conciousness. Tareq's uncle and older brother took him to hospital after being called to a local police station, where they examined his body and found extensive bruising, wounds and burns.

The cruelty that was shown to Tareq is not an isolated incident, with more that 10 attacks from various groups of Israeli settlers in the past year alone as growing tensions between the two groups and attacks to Palestinians and their homes in the West Bank continue.

The current situation in Jerusalum is one of unrest as the situation in West Bank includes limitations on freedom of movement, forcible removal and violence towards Palestinians, who are being dispossessed from their homes as some Israelis take over land and resources in the area.

Act now and tell the Israeli Prime Minister to find the group responsible for this senseless and violent crime to this child!