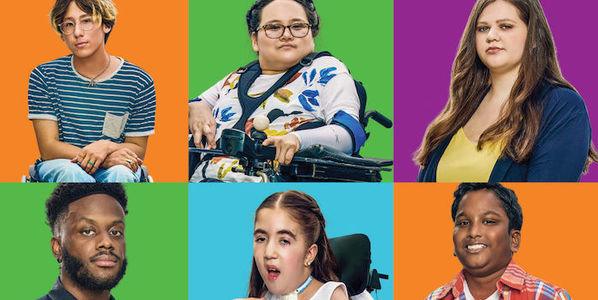 Join the Conversation on Ableism: We Need Diverse, Authentic Representation of People with Disabilities in Movies, TV, and Media.

Currently, actors and actresses without disabilities play over 95 percent of all characters with disabilities on television — with the majority of those characters and actors being white, straight men. That shouldn't be the case.

As an actor himself, Tai pursued creative activities after watching the television series Glee. But, as an artist and actor with a disability who uses a wheelchair himself, Tai knows how important it is to shine a spotlight on disability—and authentic representation at that.

"I can see other parts of myself represented in the media, but not my disability. That lack of representation makes it seem like my disability is something that outcasts me or separates me from the crowd, but that's not necessarily the case. It's changing now, but there are these tropes about people with disabilities as people who are sick, people who are struggling, and people who need help. While I may need help sometimes, that doesn't mean that my character has to be based on that. But it also doesn't mean that my character has to be entirely independent. It's important to find that balance, and just showcase real stories."

Now is the time for the disability community to be seen accurately in movies, TV, and media. We need your voice to speak up for increased intersectional, accurate representation of characters with disabilities — sign to join the conversation to end ableism today.

Care2
Join the Conversation on Ableism: We Need Diverse, Authentic Representation of People with Disabilities in Movies, TV, and Media.
DELENTWEET