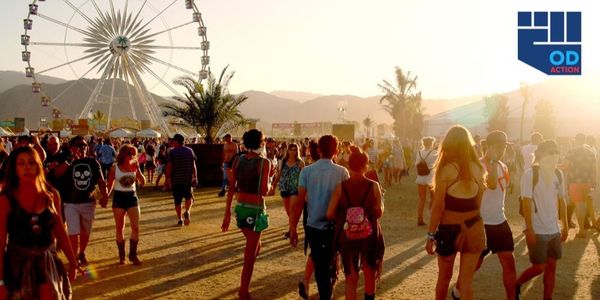 The parent company of festival giant Coachella, the Anschutz Corporation, was just caught donating $75,000 to the explicitly anti-abortion Republican Attorneys General Association (RAGA), after the Supreme Court overturned Roe. RAGA is not shy about their intent, either— on the day of the announcement, they sent out a donation request saying "[E]very donation will help Republican Attorneys General combat the Democrats' pro-abortion agenda and stand tall for life."

Anschutz Corporation is the owner of multiple venues around the country and funds just as many festivals, meaning they're raking in huge amounts of profit from music-loving patrons and using it to fund the disposal of our rights. It's unacceptable.

Add your name to demand Anschutz Corporation stop funding secular attacks on healthcare, or we'll boycott until they do!

It's not just the attendees that are affected by Anschutz's decision to fund hatred, employed musicians are as well. At least 15 Coachella performers published an ad in the New York Times detailing their disapproval with the court's decision, making it all the more clear that Anschutz is not acting in their most important stakeholders' interest.

Anschutz needs to know that we won't fund their personal interest donations, especially when they infringe on our rights.

Sign your name to call for a boycott of Anschutz Corporation until they stop supporting anti-abortion organizations!