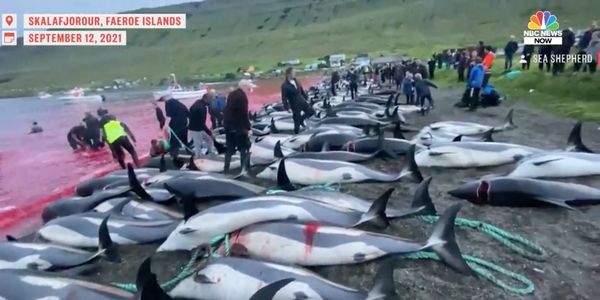 And yet it was all technically legal. Obviously, this event is no longer necessary, appropriate, or able to be regulated in a way where animals don't suffer. Tell the EU to step in, and shut down the Grindadrap for good!
assinar petição
COMPARTILHARcompartilhar com meus amigos do FacebookTWEETE-MAILINCORPORAR
assinar petição
Ver mais petições:
O seu JavaScript está desativado. Sem ele, nosso site pode não funcionar corretamente.