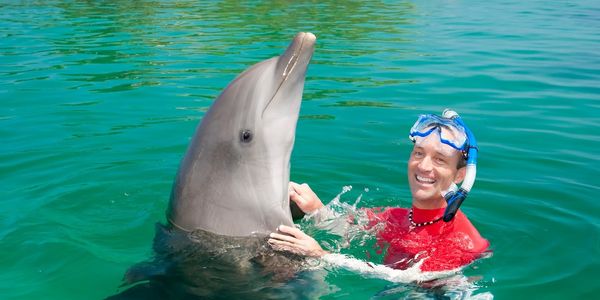 This Travel Company is Profiting off of Animal Abuse

The abuses and horrific conditions of dolphin shows are widely documented. For decades now, animal rights activists have sounded the alarm, noting that large sea animals in captivity live sad, confined lives. Yet some travel companies are continuing to promote holiday packages to destinations that feature captive dolphin shows and dolphin entertainment.

Travel companies play a huge role in promoting and expanding these exploitative industries. Given that most people who visit these attractions are foreign tourists, it is clear that the travel industry bears significant responsibility. Recently, after over 160,000 people signed a petition to oppose the practice, Expedia announced that they would stop selling holidays that include captive dolphin shows. This is a huge victory for animal welfare. Now other travel companies, like Trip.com, must do the same!

Dolphins are brilliant, sensitive, and curious species that cannot have their needs met in small, chlorinated pools with blaring music and massive crowds. Some companies that put on dolphin shows even use deprivation for training! Dolphins deserve natural habitat to socialize and play in safety. Yet these highly profitable, cruel industries continue to thrive and make money off of the well-being of innocent creatures.

We must put pressure on companies in the travel industry and say: no more attractions with captive dolphins! Stop promoting packages that include animal abuse!

Care2
This Travel Company is Profiting off of Animal Abuse
COMPARTILHARTWEET