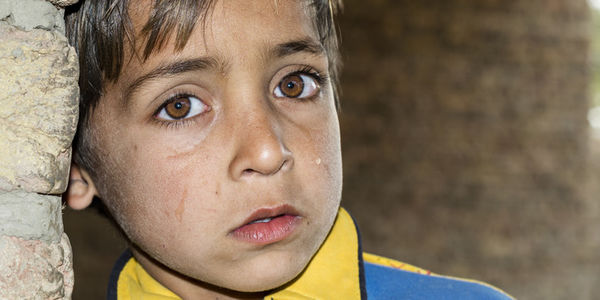 Children Are Dying at the Belarus-Poland Border, But Neither Government Seems to Care

"Catastrophic." That's how the United Nations has described the unconscionable crisis involving mistreatment of migrants and refugees in Poland and Belarus -- yet the situation is growing ever more dire and tense.

Sign the petition to demand that the governments of Poland and Belarus offer assistance to these migrants, instead of violence and cruelty!

The refugees come from Syria, Iraq, and other war-torn Middle Eastern countries that have become inhospitable for families. Arriving with infants, toddlers, and other children, parents are simply looking for safety and peace for their loved ones -- yet they've been ping-ponged back and forth between the bordering countries of Belarus and Poland in Eastern Europe. Both countries' leaders declare that the other is acting inhumanely, while doubling down on their own anti-migrant, nationalist rhetoric.

Encouraged by the hope of sanctuary, migrants have boarded planes for Belarus due to various 'travel deals' offered by the Belarusian government. Once the families arrive, migrants report that guards quickly push them towards Poland -- beating them and stealing the few possessions they have if the refugees fail to comply.

But once they approach the Polish border, the situation is much the same. In late September, a 16-year-old boy died after Polish authorities repeatedly denied an Iraqi family entry, despite the fact that they carried with them an 18-month-old baby and three children -- including the 16-year-old. The teenager needed urgent medical attention as he was vomiting blood, but guards looked the other way.

The family continued to be pushed back and forth across the border by both countries' security teams until finally the boy died in front of his family, cold, with no medical help from either side.

This tragedy is far from the only one. Migrants have reported being beaten by Polish and Belarusian guards to the point of enduring broken bones and facial injuries. Meanwhile, they shiver and starve to death in the brutal winter cold of Eastern Europe. And if that weren't enough, authorities are now taking to even more violent tactics.

Earlier this week, Polish guards opened fire on the migrants with yellow liquid-filled water cannons, allegedly containing toxic chemicals designed to burn the skin and eyes. Guards indiscriminately sprayed the refugees, even hitting children, toddlers, and babies. CNN has confirmed this incident, as Polish water cannons hit one of their journalistic teams. It was fairly remarkable that its crew even managed to be present at all, since most reporters and humanitarian aid have been barred from entering the area.

Right now, people who are in desperate need of humanitarian help are being stranded in the dead of the winter, with no food, no medical help, and increasingly violent threats from the countries on either side of them. The governments of Poland and Belarus must cease their nationalistic, xenophobic rhetoric and offer food, water, shelter, and medical assistance to these imperiled refugees!
assinar petição
COMPARTILHARcompartilhar com meus amigos do FacebookTWEETE-MAILINCORPORAR
assinar petição
Ver mais petições:
O seu JavaScript está desativado. Sem ele, nosso site pode não funcionar corretamente.

Care2
Children Are Dying at the Belarus-Poland Border, But Neither Government Seems to Care
COMPARTILHARTWEET