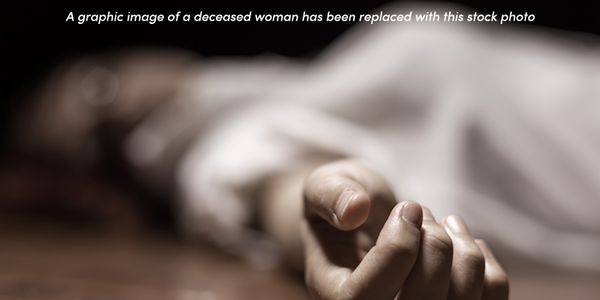 The President of the Republic of South Africa

It is with shock and dismay that we again woke up to the news that two family members of the anti-Apartheid stalwart, Ahmed Kathrada, were murdered in Schweizer-Reineke on November 1st 2018.

What you see in the accompanying photo Mr President is someone's wife, someone's daughter and someone's mother.  Ask yourself, what could she have done to deserve to be brutally assaulted until death?

Mr President we call on you to instruct your minister of police to investigate these atrocious acts as a matter of priority so that those responsible for these heinous crimes can be brought to book soonest.  We also call on you to reinstate the Civil Commando Units under the command of the minister of Police as a matter of urgency.  You must be well aware by now that the South African Police Service has a serious shortage of staff and is underfunded. We invite you to visit any police station in any small town in any province of the country and consult the station commander to verify the veracity of the above. We are losing the war against crime.

In the North West Province alone 950 people have been murdered between March 2017 and April 2018.  Not only do our communities in the rural areas live in fear, but it is shocking that most murders take place within the houses of victims. The people of North West longer feel safe in their own homes.

We also call on you to institute a commission of enquiry to assist in getting to the bottom of this.  We simply do not accept that the brutality with which these crimes are committed is ordinary robbery.  The violence and the sheer volumes speak differently.  We are further no longer prepared to accept this scourge that is desecrating the South African People.  We have a constitutional right to a safe environment and we intend to take up that right, by order of court if we are not heard in our cries.

We implore you to give this matter your most urgent attention as we cannot any longer suffer the trauma of seeing friends and family lying in pools of blood in their own businesses and their own homes.

The people of South Africa