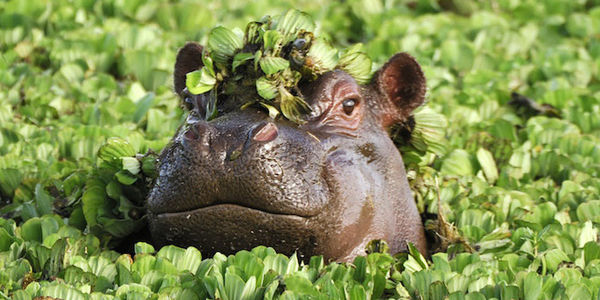 The common hippopotamus is facing population declines in a significant portion of its range, due to habitat loss, poaching for illegal trade, commercial overutilization and other factors. Not only are hippos a globally recognized icon, but they are also irreplaceable to the health of African ecosystems. It is imperative that we turn our attention to these unique animals before it is too late.

Listing hippos under the Endangered Species Act would protect them by ending imports of hippo parts, products and trophies to the U.S. unless it can be shown that import would benefit the survival of the species. As a global leader in conservation and the top consumer of hippo ivory, skins and trophies, the U.S. has a vital role to play in protecting hippos from extinction.

Sign the petition today to urge the U.S. Fish and Wildlife Service to protect hippos by listing them under the Endangered Species Act.

As a supporter of the Humane Society Legislative Fund, I'm reaching out today to ask that you list the common hippopotamus under the Endangered Species Act.

The hippo is at risk of extinction throughout a significant portion of its range due to habitat loss, poaching for illegal trade, commercial overutilization, climate change and other factors. Such threats are further exacerbated by trophy hunting, human-hippo conflict and civil wars.

The U.S. plays a key role in this decline, having imported the most hippo parts and products in the world during the last decade, including thousands of teeth, trophies, skin products and more. Although global demand for hippo parts and products decreased over the decade, U.S. imports have remained steady and make up more than half of all global imports. Concerningly, some of these items imported and sold in the U.S. may have been illegally acquired or traded due to the lack of effective regulatory mechanisms. Now more than ever, the U.S. has a vital role to play in hippo protection.

By listing the common hippo under the Endangered Species Act, the U.S. can end its role in the international hippo trade, by imposing strict regulations on the import, export and interstate commerce in hippo parts and products within the U.S. Such restrictions would greatly improve the current situation of hippos, all while bringing further awareness to the plight of one of the most well-recognized and celebrated icons of African biodiversity.

Please act now and list the common hippopotamus under the Endangered Species Act.