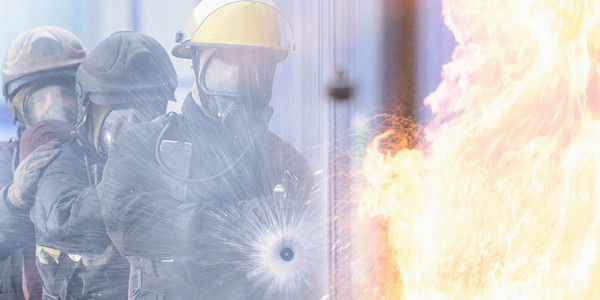 I'm a firefighter and Fire Brigades Union member, based in Plymouth. Like my colleagues and everyone who works in the public sector, the government has been actively holding down my pay for 7 years.

That's 7 years in which our pay has risen by less than inflation - or not risen at all. But prices haven't stopped rising in that time, and inflation means my wages are worth over £2,000 less than they were when the coalition government started in 2010.

The General Election sent a very clear message to Boris Johnson that voters are concerned about the future of our public services and the value that we place on staff delivering those services. A recent poll showed more than three quarters of voters support a public sector pay rise, even if it means paying higher taxes (including 68% of Mrs May's own Conservative voters).

We work hard in the Fire Service and we care deeply about the job we do, helping keep people safe. It's an ethos shared by teachers, hospital staff, council workers, and the millions of others who make our public services work. It's why we went into public service in the first place.

But as year on year of pay cuts bite, more and more people are leaving public service. From hospitals, to schools and prisons, we're increasingly finding it hard to recruit and retain staff.

This affects the 'backroom' workers who are vital in keeping our services running, every bit as much as it does for those of us in 'frontline' services. I believe all public servants deserve more than another five years of pay cuts.

We know the public support us. With the TUC and unions representing public servants of all roles and professions, we're calling on Mr. Johnson to show leadership and abandon her policy of real terms pay cuts for public servants. Let's allow employers, unions and pay review bodies the freedom and independence to determine fair and appropriate pay awards.