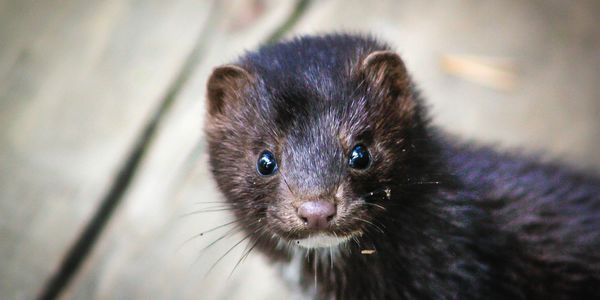 These days, it's not hard to find products in the makeup industry that are humanely and ethically made. We now have lists of thousands of ingredients that have already been tested and proven safe for human use. Plus, there's advanced technology that can provide highly accurate analysis of how ingredients will react with human cells. There is quite literally no reason we should still be subjecting poor, defenseless animals to tests that burn their skin and hair, poison them, make them painfully sick, and so much worse. In recognition of this, many companies are going cruelty-free and halting all animal testing.

But now it is coming to light that the label "cruelty-free" is alarmingly misleading. While some of these companies don't test on animals, they still rip out their fur and slice their skin off to make makeup brushes. Consumers may not even realize this, and could be carrying around the product of a tortured mink, or a slaughtered horse, right in their makeup bag.

The United States has some of the strictest animal welfare laws in the world, and should lead the way on this issue. Sign the petition and urge Sephora and Ulta, two of the largest beauty supply stores in the U.S., to exclusively carry vegan makeup brushes.

The label "vegan" is the only way to ensure that innocent creatures aren't tortured in any way to create a product. Cruelty-free strictly applies to animal testing and nothing else, and therein lies a dangerous loophole.

Squirrels are hunted, trapped, and then beaten to death or drowned so that their fur can be used to apply your lovely shade of blush. Minks on fur farms, inbred and sick, are kept in cramped cages for their whole lives only to be anally electrocuted to death or killed in other gruesome ways that still preserve their hides for your eyeshadow brushes.

If you can believe it, that isn't even the worse case scenario -- some of these tiny mammals are even skinned alive. Workers are incentivized to shear goats quickly because their pay is based on volume, meaning that the goats are often sliced, stabbed, and mistreated during the sloppy process. Most of us wouldn't eat horse meat, but the brushes we use for our makeup are sometimes made from those same horses' tail and mane hair.

Luckily, we know Sephora is listening. In the past, activists like you have successfully convinced them to heed the call for humane and ethical products. Recently, the multi-billion-dollar, international company announced that it would stop carrying false eyelashes made from mink fur after coming under public scrutiny. But without eliminating the sale of ALL products made from animal fur, their new policy is just a facade behind which countless animals will continue to suffer.

Sephora and Ulta are major corporations that have the clout and influence to do some real good here. Sign the petition and demand that they both exclusively carry makeup brushes with the label "vegan!" "Cruelty-free" just doesn't cut it!