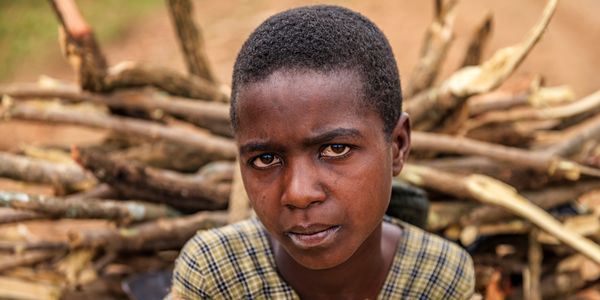 This Easter, Remember Hershey's, Mars, and Nestlé Still Use Child Slavery to Produce Their Chocolate!

If you knew the chocolate in your Easter basket was created with child labor, would you still buy it? Of course not, but that is the unfortunate reality for a lot of chocolate products. Chocolate production has notoriously been linked to child labor for decades -- but companies like Hershey's, Mars, and Nestlé don't want you to know that. In fact, seven of the world's largest cocoa companies are accused of using child labor so they can "continue to benefit from cheap cocoa," according to a lawsuit. It is more important than ever that we demand these highly profitable companies stop relying on child slavery to make their chocolate.

Sign the petition to demand these companies end their use of child labor and produce chocolate ethically!

The lawsuit was filed in 2021 by eight Malian citizens who said they were trafficked as children to the Cote D'Ivoire to work on cocoa plantations. Legal documents describe the workers being constantly bitten by insects, wounded from machete accidents, and some working for years without being paid.

While this lawsuit, which the workers have filed against Nestle, Cargill, Hershey, Olam, Mars, Mondelez and Barry Callebaut, is bringing the issue of child slavery back into the media's attention, this issue is nothing new. In 2001, under pressure from Congress, Hershey, Mars, Nestlé USA and five other chocolate companies signed a deal to eradicate child labor from their supply chains by 2005. They missed that deadline, as well as other deadlines in 2008, 2010 and 2020.

According to the U.S. Department of Labor, a majority of the 1.56 million child laborers in Côte d'Ivoire and Ghana produce nearly 60% of the world's cocoa each year. These children must swing machetes, carry heavy loads and spray pesticides. There are also children trafficked from nearby countries -- like Mali -- that work in even more dangerous situations.

While it's clear that the root of this problem lies in poverty, experts note the solution is simple: pay farmers more for their cocoa. Some chocolate producers are already doing this, and more must follow suit -- now. For example, a small Dutch company, Tony's Chocolonely, pays about 40 percent more than the average premium in an attempt to provide its suppliers with a living wage.

Although large chocolate brands worry that paying more means their competitors would have a price advantage, their higher cocoa price would add less than 10 percent to the cost of a typical chocolate bar! On top of that, brands like Hersey's, Mars, and Nestlé are billion-dollar corporations that are constantly raking in the profits -- clearly they can afford to pay workers more for their back-breaking, dangerous labor. Tony's proves this can be done, so why don't large companies that can afford higher prices do this?

It is up to us to put pressure on these companies and tell them: we will not buy chocolate made by child slaves! Sign to demand these companies end the inhumane use of child labor now!

If you'd like to take your action one step further this Easter and beyond, use the Food Empowerment Project's list of recommended chocolates based on where and how their cocoa is sourced.