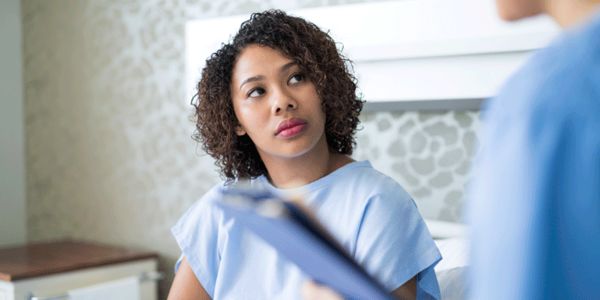 Title X is an enormously successful public health program. It helps low-income women access basic health care like cancer screenings, sexually-transmitted infection testing, and reproductive care. What it doesn't do is pay for any woman to have an abortion. By law, Title X funds cannot be spent on abortions. Yet, that hasn't saved it from conservative crosshairs.

In February, the Trump Administration announced a new policy that would strip critical health care funding under Title X from any clinic that even mentioned abortion to patients they served. Under this new rule, merely acknowledging that abortion was a viable and legal health service that a woman may want to consider would be in violation of the policy. In practice, for the 4 million low-income women that Title X serves, not just abortion but referrals for abortion services becomes functionally illegal.

Abortion gag rules are a favorite Republican policy. Every time a Republican is elected president, they attach a gag rule to all foreign aid. They threaten to take funding from organizations that acknowledge that abortion is part of comprehensive reproductive. In effect, they'd rather see more women pregnant or injured or killed by trying to end a pregnancy themselves through unsafe means than provide women with basic care.

Now, they're using the same tactic at home too. The U.S. House of Representatives voted in June to block Trump domestic gag rule from taking effect. But, in typical fashion, Mitch McConnell's Senate has refused to take up the issue. This is unconscionable. Abortion access is a legal right in the United States. It is not dependent on your income, insurance plan or where you get your health care. The gag rule strips this right from millions of American women.

Here's what McConnell forgets: a majority of U.S. senators representing a majority of Americans are pro-choice, including some member of his own caucus. That mirrors the American people: the vast majority of Americans support legal access to abortion. We must put the pressure on him and everyone in the Senate to restore what Trump took away from millions of women and the thousands of clinics that serve them.