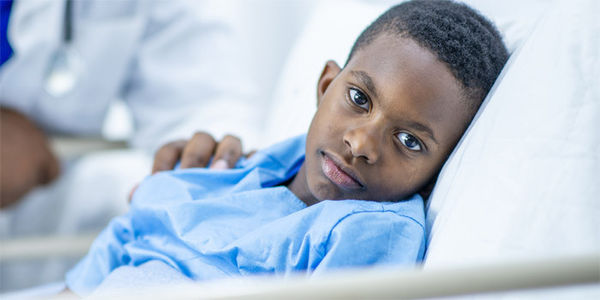 Racist robots are pushing black patients toward the back of the line. And it turns out the problem is extremely wide-spread.

It wasn't intentional — the robots are technically programmed to be race-blind. But that's the problem with taking race out of an equation: despite the fact that we should ultimately strive for a society that's equal, right now, our society is not equal.

This computer problem has been found in the algorithm of at least one major company, called Optum. But experts suggest that this bias likely exists in countless other companies' products, affecting up to 200 million people in the United States each year.

The algorithm ranks individuals according to who needs extra care, and how badly they need it. But when comparing white and black patients who were ranked equally by the algorithm, the black patients were, on average, much, much sicker than the white patients — meaning their ranking should have been much higher.

So why are black patients consistently ranked so low in terms of needs and priority?

Ironically, it's because black patients cost the system less money. Costs, in this equation, were used as a proxy to determine a patient's past and likely future needs, so when white patients incur more in medical costs, the algorithm over-prioritizes their healthcare needs.

This is hugely important because we are entering a society in which robots and technology are making life-changing decisions for humans — and what could be more life-altering than being disproportionately ignored by doctors and the healthcare system?

We already have enough problems with racism and implicit bias in our society. We don't need robots compounding the problem.

Tell Optum and all other health services companies: Lives are on the line. Fix the bias and prioritize patients of color, now!
Sign Petition
SHAREShare this petition with friends!TWEETEMAILEMBED
Sign Petition
See more petitions:
You have JavaScript disabled. Without it, our site might not function properly.