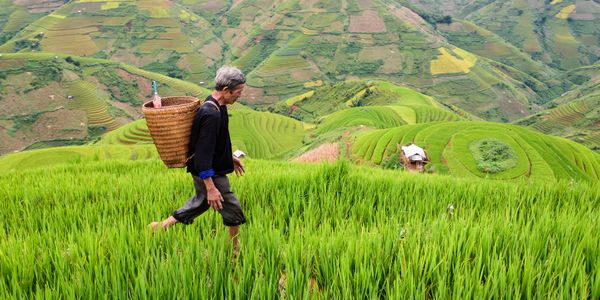 Mandalika, a stretch of coast to the east of Bali on the island of Lombok, has been chosen as the next big tourism destination and will force many locals off land where generations of their families have lived.

Sign now and tell the Indonesian Government to give these people back their land and provide them with the legal rights they deserve!

Mandalika has practically been untouched by tourism up until now, giving the local people a sense of peace and job security. But this is all about to change due to a plan, backed by the government, to develop it into an unrecognizable tourist destination that will only serve outsiders and hurt those in the community. The plan includes a Grand Prix motorcycle circuit as well as large hotels like Pullman, Paramount and Club Med, huge pieces of development that will force people out.

The United Nations has "denounced the mega project as 'trampling on human rights.'" Locals have already been "subjected to threats and intimidation," forced to leave their land without any reimbursement, alternative land to live on, or explanation. Dozens of evicted families with livestock were forced to seek shelter in Kuta Village and without proof of land ownership, the Indonesian government is telling families who have lived in Mandalika for generations to leave.

The land repossession and threatening behavior has forced locals to live alongside construction sights that are not of adequate conditions, posing great danger to their own safety and wellbeing, along with that of their children. This plan has taken away the security, community, and livelihood of the people there and does not give them a viable way of making money.

Act now and urge the government of Indonesia to look after these people and make sure their jobs, housing, and community is secured now and well into the future!