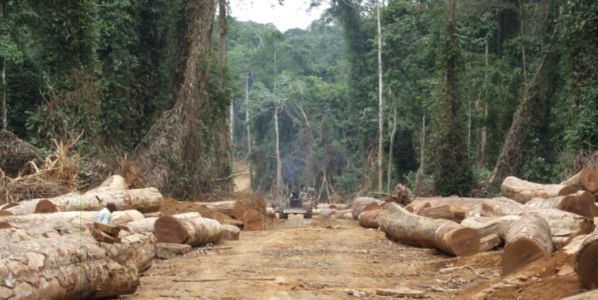 Forests Need Our Protection. But These Banks Are Funding Their Destruction

The destruction of the world's rainforest, such as the Brazilian Amazon, fuels the global climate emergency and comes at a devastating cost for forest communities, who defend and depend on them.

Through their backing of agribusiness, financial institutions have continually profited from this destruction - to the tune of billions of dollars.

We can't stand back and watch as financial giants such as HSBC, Deutsche Bank, JPMorgan, and BNP Paribas, profit off the destruction of our climate-critical rainforests!

Demand for land on which to produce palm oil, soy, rubber, beef and leather in the Amazon, Southeast Asia and Central Africa helped drive an estimated 23 million hectares of tropical forest loss between 2016 and 2020 – an area nearly the size of the United Kingdom.

Banks are failing to deliver on their pledges to defund deforestation.

This means there is little to no accountability; banks can make problematic deals over and over again.

Please take a stand today and ask the European Parliament to adopt a strong deforestation law that doesn't let banks off the hook!

Care2
Forests Need Our Protection. But These Banks Are Funding Their Destruction
SHARETWEET