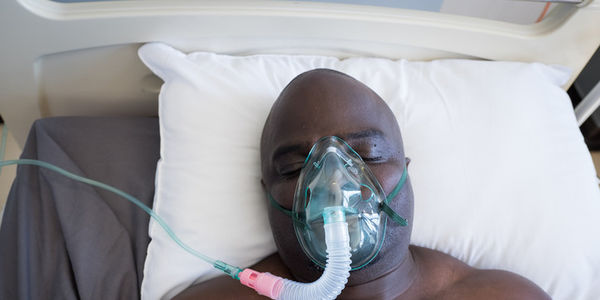 Just like in every other institution, the people practicing medicine and the programs that trained them are not immune from racism. In fact, it's been shown several times over now that people of color get worse medical care, on average, than their white counterparts. Now we see that mirrored in the COVID-19 pandemic -- African Americans are dying at higher rates than other races. There are likely multiple reasons for this, but a major contributor that can be corrected right now is medical racism.

Sign the petition to demand anti-racism training for medical professionals treating COVID-19 patients before it's too late.

Medical racism is the phenomenon of providers giving lesser care to people of color, either intentionally or through implicit bias. It results in worse outcomes and higher death rates for those people. We have already seen anecdotal evidence of several African Americans being turned away for care only to later die of COVID-19. Plus, the city of Chicago has reported that 58% of their deaths are black folks, but only 23% of Chicago residents are black. Other cities' data show similar trends.

While we can't know every single reason for this yet, we can take some clues from larger known health trends. For example, African Americans are much more likely to have underlying health issues, through no fault of their own. This is due to factors like environmental racism, poverty, and inequitable access to health care. Many people have looked to computer systems to help end human prejudice, racism and biases. But those algorithms and programs are created by people and now we have proof that even some of those are inherently racist.

While these systemic issues can't be fixed overnight, we can hold our medical providers to a better standard during this global pandemic. Sign on to demand emergency anti-racism training for anyone on the front lines of the pandemic.

We know that providers tend to prescribe less pain medication for African Americans and often disregard complaints or distrust patients' self reported symptoms. One survey of medical professionals even found that many believed the dangerous myth that black people experience less pain than their counterparts of other races. Obviously, in the time of COVID-19, this medical racism is going to continue to translate to higher death rates of African Americans and that's not acceptable. Every single person deserves the best health care we can provide, both during the pandemic and after.

Please sign on to bring attention to this critical issue and fight for patients' rights everywhere.