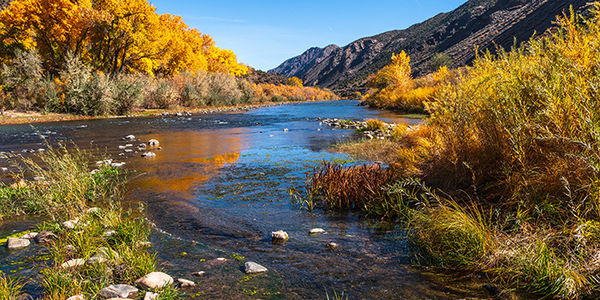 New Mexico Must Act on Climate and Clean Energy

Climate change is already harming New Mexico's ecology, economy and public health. There is less water for our cities and agriculture. And wildfires, drought and extreme heat are posing growing threats. Without action, this crisis will only get worse.

At the same time, we have the opportunity to repair New Mexico's COVID-battered economy and to make it safer and healthier than before with an economy where all New Mexicans prosper.

Governor Lujan Grisham has made strong action on climate change a cornerstone of her administration. Now it's time for the state legislature to act.

I call on the New Mexico state legislature to act swiftly and aggressively to make climate and clean energy action a priority based on these two broad goals:

One: Codify climate targets. Gov. Lujan Grisham issued an Executive Order to reduce state climate pollution 45% below 2005 levels by 2030. The legislature must now affirm the importance of tackling climate change by codifying this goal into law and directing the New Mexico Environment Department (NMED) to meet these pollution reduction goals.

Two: Eliminate the harmful "no more stringent than" law. New Mexico has been handcuffed by an antiquated law that constrains it from creating pollution requirements more protective than federal regulations, undermining our state's ability to lead. We should not be hamstrung by this damaging law. And we must make sure that vulnerable communities are protected – not left behind – in a comprehensive climate and clean air package.

This is our time to lead and this is your time to act. Let's come together to rebuild better by protecting this Land of Enchantment, unleashing jobs and innovation for all New Mexicans and lifting up communities most burdened by pollution.
Sign Petition
SHAREShare this petition with friends!TWEETEMAILEMBED
Sign Petition
See more petitions:
You have JavaScript disabled. Without it, our site might not function properly.