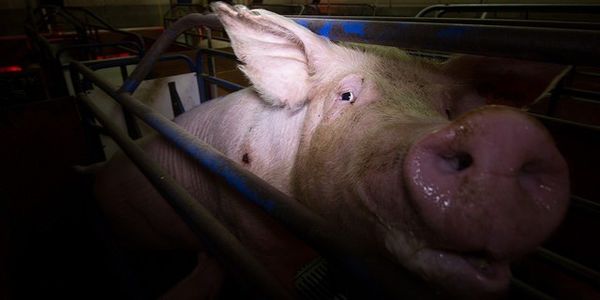 In March of this year, at a slaughterhouse in Germany known as the Pig Skyscraper, workers were caught grabbing piglets by the tail and smacking them against the ground to crack their skulls. In that same year, Spanish activists in the Murcia region of Spain, discovered vats of dead and dying pigs oozing with maggots. On a Florida dairy farm, the video caught workers kicking, punching and striking cows with metal bars. And Down Under, Emanuel Exports was found to be responsible for the overheating deaths of nearly 3000 sheep when the exporter tried to ship them from Australia to the Middle East.

The majority of these animal cruelty abuses only came to light after activists, using undercover videos, infiltrated slaughterhouses and factory farms to record what really happens behind the walls of these bloody institutions.

Only then, do the animals, and the people who fight for their rights usually get justice and only then are the farm owners, managers, and employees held accountable. Without real proof, law enforcement usually looks the other way, and the horrors of the factory farm industry can be ignored.

The state of New South Wales is now considering legislation penalties for filming without permission on farms. With the advent of drones, activists and the public can get a bird's eye view of what's going on beyond the farm gate rather than just taking the farmer's word. If such penalties are enacted, animal rights activists would no longer be able to share with the public what they found during their undercover investigations.

The media, law enforcement and the public at large benefit from animal rights efforts to expose those farmers and meat producers who don't follow the law. That is why it is crucial that any such penalty legislation is dismissed.

Please sign the petition and ask the state of New South Wales not to penalize animal justice. Tell them not to legislate activists rights to expose the truth about farms that abuse their animals.

Photo credit: Farm Watch
Sign Petition
SHAREShare this petition with friends!TWEETEMAILEMBED
Sign Petition
See more petitions:
You have JavaScript disabled. Without it, our site might not function properly.