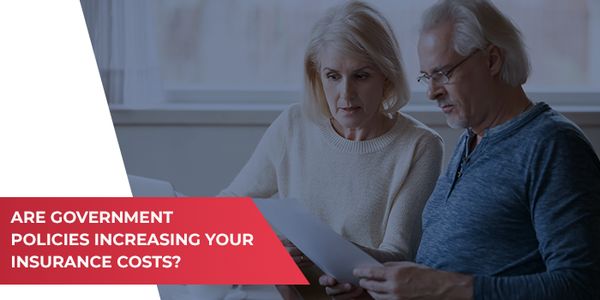 Sign the petition to speak out against rising insurance costs in Washington!

You might've been told by your insurance company your rates are about to go up or have experienced a significant increase in your premiums, even though you've had no claims or other changes in your coverage.

Fortunately, this emergency rule was overturned in October for failing to demonstrate the good cause required to issue an emergency rule.

Unfortunately, there is nothing stopping a permanent rule from being implemented.

It is now more important than ever to take action today: sign the petition to speak out against increased insurance costs due to proposed insurance regulations.

I recently learned that my insurance premium could be increased, and it isn't because I filed any claims, or had any changes in my coverage, or was issued traffic tickets or had any accidents. It's because of an emergency rule change—from the state Insurance Commissioner.

Fortunately, the emergency rule was overturned in early October, but I am fearful that a permanent rule could be implemented.

I am not an insurance expert or an economist. But like many of my friends and neighbors, I work hard to provide for myself and my family. I live within my means, and I pay my bills and debts on time. This is reflected in my credit history, and because my insurance company could consider my credit history as one of many factors they use to predict my likelihood of suffering losses and filing claims, they knew I'm a lower risk to insure. That saved me money on insurance every year. At least it did, until now.

Under Commissioner Kreidler's proposed permanent rule, insurance companies can no longer consider credit information to rate policies for home, auto, renters, condo and other personal insurance policies. For me (and maybe more than a million more Washington policyholders who are lower risks), that means I would have paid more for insurance, while people who are higher risk drivers, renters and homeowners, may pay less. That's the opposite of how insurance pricing should work.

I know the legislature attempted to deal with insurance pricing issues during the last session. Those proposed laws would have provided direct help to people concerned about their credit score due to the pandemic and would have permitted insurance companies to use credit information only if it helped consumers pay less for insurance when their policies renew. Neither bill passed.

Commissioner Kreidler doesn't want insurance companies to consider credit information for people concerned about their credit scores due to COVID-19 as a factor for setting insurance rates, but his proposed rule goes too far and is sure to hurt many more people in Washington if made permanent—people struggling to recover from the pandemic, or retirees on fixed incomes, and people like me.

Please take steps to prevent this rule from being implemented and protect Washington policyholders from these huge, unfair rate increases.

Care2
Sign the petition to speak out against rising insurance costs in Washington!
SHARETWEET