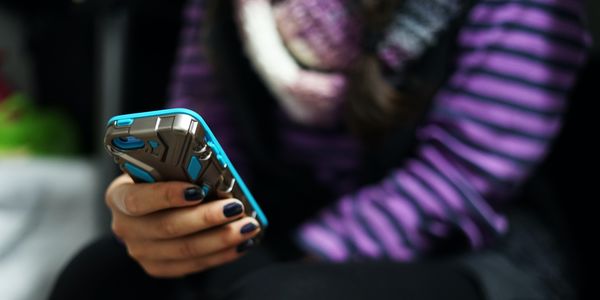 This Legislation Would End Online Privacy, but They've Named It Something Misleading in Order to Trick Us!

Republicans love to name their legislation in misleading ways to make it a public relations nightmare for anyone going against them. One classic example is the pair of bills known as FOSTA (Fight Online Sex Trafficking Act) and SESTA (Stop Enabled Sex Traffickers Act). It seems like voting for these bills is a no-brainer based on their names! But all these laws actually did was hold websites liable for anything related to sex on their sites. Meaning they only ultimately severely censored sites where people were talking about sex, even if no money was changing hands. The effects that had on sex workers -- including children who are trafficked, or coerced into doing sex work -- was force them underground and onto the streets where the rate of violence is much higher. The FBI has publicly said the laws have made it harder for them to find and catch child sex traffickers and sex workers have said their jobs are considerably more dangerous now.

Now, Republicans are at it again with the so-called EARN IT Act. EARN IT stands for "Eliminating Abusive and Rampant Neglect of Interactive Technology Act of 2020", with a stated purpose to "prevent, reduce, and respond to online sexual exploitation of children." It sounds good. However, just like with FOSTA/SESTA, the name is totally misleading and is just there to make it hard for legislators to vote against it. The EARN IT Act would actually just completely end privacy for EVERYONE on the internet, including end-to-end encryption texting between two people. In other words: this act is a violation of our constitutional rights.

The bill does NOTHING to help children, least of all those who are victims of sexual exploitation. But Republican lawmakers know that if they use buzzwords like "children" and "sexual exploitation," this bill -- which in actuality undermines all internet privacy -- will be too hard to fight. Those sponsoring the bill have literally called for a backdoor to encrypted communications for law enforcement. But think about the implications of that: law enforcement could get access to a journalist speaking with a source that needs to remain anonymous, gain the private records of an immigrant communicating with their lawyer, they could get access to private health information, they could eavesdrop on organizers planning peaceful protests with one another, and they could get access to consensual sex workers communicating with clients. Those are just some of the most poignant examples of the kind of vulnerable people who would lose any and all privacy.

But this would affect you too! Because even if you're not doing anything illegal or legal but that law enforcement doesn't like, like peacefully protesting, your data is still less secure. Forcing companies to create these backdoors makes all your personal, financial, and login information WAY easier for hackers to get at. It's truly despicable that Republicans have chosen, yet again, to try to take away our freedom of speech under the guise of protecting children. Additionally, the law would be managed by an appointed 19 person committee, meaning unelected people would manage who gets the right to privacy and who does not.

Human Rights Watch and American Civil Liberties Union as well as many other human rights orgs oppose the Act and are calling for a more nuanced, rights based approach that would actually meet the challenge of protecting children without undermining every single person's freedom of speech.

It's clear Republicans have no interest in protecting children. If they did, they never would have passed FOSTA/SESTA and they wouldn't use the false concern over children's safety to propose their horrifying EARN IT Act. Please sign the petition to show lawmakers that you're not falling for their false advertising and want them to vote NO on the EARN IT Act!

Visit Surviveearnit.com for more information, scripts for calling your representatives and more.
Sign Petition
SHAREShare With FriendsTWEETEMAILEMBED
Sign Petition
See more petitions:
You have JavaScript disabled. Without it, our site might not function properly.

Care2
This Legislation Would End Online Privacy, but They've Named It Something Misleading in Order to Trick Us!
SHARETWEET