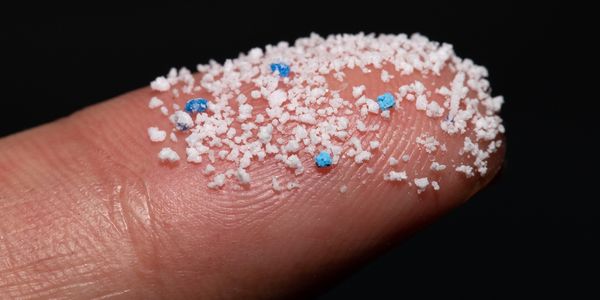 Tiny shards of plastics are most likely in your organs, and their toxic effects could be beyond our wildest nightmares

It is hard -- maybe even impossible -- to go about your day without touching, using, or even buying something made from plastic. But what if we told you that you were also going throughout your day with remnants of those items, small plastic particles called microplastics, inside of you?

It's true. A University of Arizona study looked at tissues from 47 separate human organs including kidneys, spleens, lungs, and livers, all of which are vital to filtering out waste and other substances that would otherwise harm you. Every single one of these organs -- 100% of the samples -- contained microplastics.

This is a problem of major proportions, and we need a major contributor of plastic pollution to tip the scale in the right direction. Sign the petition and tell Amazon to set an example and commit to transitioning to 100% sustainable packing!

Microplastics are defined as any shard of plastic that has broken down to be 5 millimeters or smaller. When exposed to the elements, plastic degrades and fragments, giving birth to these tiny but powerful particles. We've seen how large pieces of plastic pollution can clog waterways, choke wildlife, and leach chemicals wherever they end up (which is pretty much everywhere).

But it's understandably hard to comprehend the harmful effects of something we can't see like microplastics. Luckily -- or rather, quite unluckily -- studies are already gleaning what happens within a human body where microplastics are present, and it is bleak. When exposed to microplastics coated in blood plasma, 60% of human immune cells were dead in 24 hours. That is compared to a mere 20% of immune cells dying when there were no microplastics present.

We are in the middle of a global pandemic, which has done nothing if not show the world how ill-prepared we are for a global health crisis. What will happen when microplastics have depleted our immune systems to terrifying levels?

Plastics take hundreds or thousands of years to break down into microplastics, which means that we are only at the beginning of the crisis. It is time to take swift action -- nothing less will do.

Jeff Bezos has increased his wealth by unprecedented proportions in the middle of this pandemic, recently becoming the first person to be worth 200 billion dollars. Tell Jeff Bezos to take a break from raking in the billions and create a sustainability plan for Amazon's packaging so that the company doesn't contribute another ounce of plastic to our oceans, our environment, and our bodies.

Sign the petition and tell Jeff Bezos and Amazon to commit to 100% sustainable packaging!

Care2
Tiny shards of plastics are most likely in your organs, and their toxic effects could be beyond our wildest nightmares
SHARETWEET