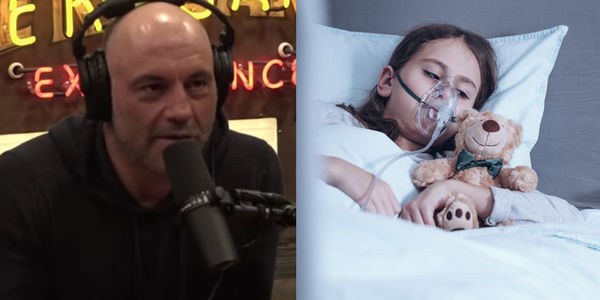 Joe Rogan has promoted dangerous misinformation on his popular Spotify podcast, "The Joe Rogan Experience." Reaching 11 million listeners, his platform has serious influence -- and he's been using that to spread fear and lies about the safety, efficacy, and importance of COVID-19 vaccines.

On multiple occasions, he's interviewed COVID-deniers and prominent anti-vaxxers on his podcast, allowing them the chance to worm their way into millions of ears, all while sharing dangerous falsehoods. During a more recent episode, Rogan featured a discredited doctor who had previously been banned from Twitter for spreading misinformation about COVID-19. During the interview, this doctor continued to spout terrifyingly inaccurate information - all of which has since gone viral and been shared online tens of thousands of times.

Sign the petition to demand that Spotify kick Joe Rogan off its service now!

Every time that Rogan provides a platform for such debunked hogwash, it's significant. Because it's on his platform, people believe these words. People base choices off of the conspiracy theories they hear on his podcast, choosing not to get vaccinated and encouraging others to do the same. But vaccines are vitally important in the fight against the deadly, incredibly infectious disease that is COVID-19. When prominent voices suggest otherwise, it can have life-threatening consequences for both unvaccinated people and the people they will spread disease to.

Spotify claims that it "prohibits content on the platform which promotes dangerous false, deceptive, or misleading content about Covid-19 that may cause offline harm and/or pose a direct threat to public health. When content that violates this standard is identified it is removed from the platform."

But that's clearly not even remotely true. Rogan's most alarming and misinformation-filled episodes still remain up on Spotify's site, and the service has declined to even add any warning label stating his episodes may contain misinformation. In fact, Spotify is deeply committed to Joe Rogan. It even worked with Rogan to secure a reported $100 million deal to exclusively stream his content, meaning it wants him to spread his lies on the Spotify platform and not anywhere else. It wants his 11 million listeners to keep tuning in to his garbage, deception-filled content. That's why we must put pressure on the giant media corporation to change its ways, because without us, it will just keep letting this harmful poison spew out.

That's why 270 doctors, physicians, and science educators collaborated together to send a letter to Spotify in December 2021 urging the streaming giant to take action to create a comprehensive policy for how to handle misinformation on its service. Spotify seems to have ignored them, so now others are joining in the call. Even musicians like Neil Young are speaking out. Young recently demanded that Spotify remove all his music if it won't take action against Rogan's lies, saying: "They can have Rogan or Young. Not both."

It's time for us to add our voices to the chorus.

Spotify must remove Joe Rogan and his misinformation-filled podcast from its platform now, before he causes even more harm.
Sign Petition
SHAREShare this petition with friends!TWEETEMAILEMBED
Sign Petition
See more petitions:
You have JavaScript disabled. Without it, our site might not function properly.