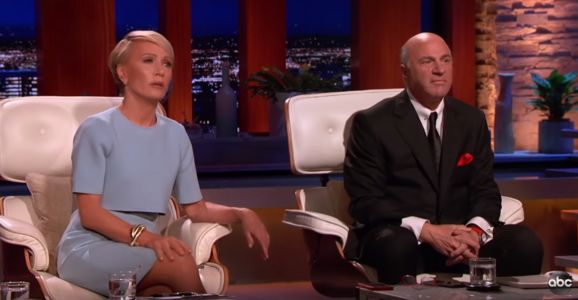 ABC's Shark Tank is a huge success. The reality show gives entrepreneurs the chance to present their nascent business to a group of highly successful investors. If they like the idea, they will fight for a chance to invest.

I have watched the show since it premiered in 2009. The show has made household names out of its investor judges like Keven "Mr. Nice Guy" O'Leary billionaire Dallas Maverick's owner Mark Cuban as well as some of the businesses that it's featured during its eleven seasons like Ring doorbells, Bombas socks, and the Squatty Potty.
The show has been at the top of its ratings slot for years and has earned Emmy's both for Outstanding Reality Program and Outstanding Structured Reality Program. Over the years I have seen some great products and inspiring moments. Companies have been saved from the brink and families have gone from struggling to becoming part of the American Dream. And while I love watching this show, there is something that just doesn't sit quite right with me. The amount of plastic and non-ecofriendly products that appear on the show.

Even before the first episode of Shark Tank debuted in 2009, conservationist and eco-conscious consumers were worried about the amount of plastic being dumped in our seas, rivers, and landfills. Single-use plastic items like bottles and wrappers now threaten the ecosystems around the world, especially the world's marine ecosystems where, according to some estimates, plastic will outnumber fish (in weight) by 2050.

I enjoy Shark Tank because I love watching people become successful as a result of hard work and dedication. The new entrepreneurs on the show will one day go on to be a millionaire and billionaire investors in years to come, and their products could very well become home staples. But I find it troubling that even after we have been warned of the dangers of our continued reliance on plastic, it's still the first choice for packaging for new businesses.

This type of carelessness shouldn't be rewarded.

Shark Tank season 11 has just begun, and it is too late to change the line up of businesses they have chosen for their show. But next year, ABC and the investor judges should think about the message they want to send to future entrepreneurs and focus season 12 on eco-friendly, plastic-free and sustainable products.

Please ask ABC to show challenge themselves and their contestants by requiring their next batch of entrepreneurs to have eco-friendly products.
Sign Petition
SHAREShare this petition with friends!TWEETEMAILEMBED
Sign Petition
See more petitions:
You have JavaScript disabled. Without it, our site might not function properly.