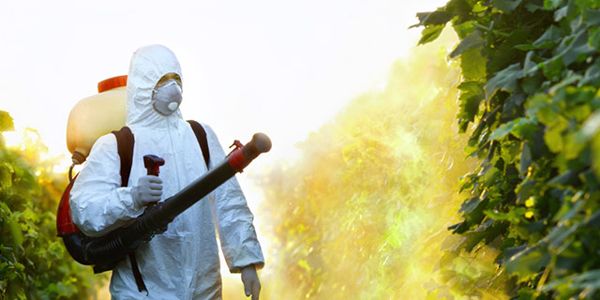 URGENT: Sign and share this petition before October 31 to tell California's government to stop the plan to allow unlimited pesticide spraying throughout the state. Please read about the plan below then add your name to send a public comment opposing this disastrous new plan.

The new proposed rule would allow unlimited spraying of toxic pesticides throughout California. According to the plan, California's Department of Food and Agriculture would be able to approve new pesticides with no public review, notice, or analysis of the health and environmental impacts in specific locations to be sprayed.

The list of chemicals allowed in the plan includes pesticides linked to cancer, birth defects, miscarriages, and reproductive system impacts. Many of the pesticides are also lethal to bees, fish, birds, and mammals.

The plan fails to address critical concerns about health impacts on infants, children whose schools could be sprayed, and impacts on drinking water.

In addition, under this plan organic farmers could be forced to spray their crops with pesticides.

Public comment on the draft environmental impact report is open until Oct. 31, 2014. This is the only official opportunity for the public to voice concerns about this plan. Sign your name now to tell California's Department of Food and Agriculture that you don't support this proposal.

I am opposed to this plan, which could dramatically increase the number of chemicals of concern threatening human health and wildlife in California.

I understand that this plan would approve chemicals that have been linked to serious health concerns and could have devastating impacts on wildlife, including bee populations, birds, aquatic life, and mammals.

This document attempts to analyze every impact on water, air, soil, sensitive species, and human health, anywhere in the state, now and into the future, including for pesticides that have not yet even been identified. I believe that approving this plan would be irresponsible and dangerous.
Sign Petition
SHAREShare With FriendsTWEETEMAILEMBED
Sign Petition
See more petitions:
You have JavaScript disabled. Without it, our site might not function properly.