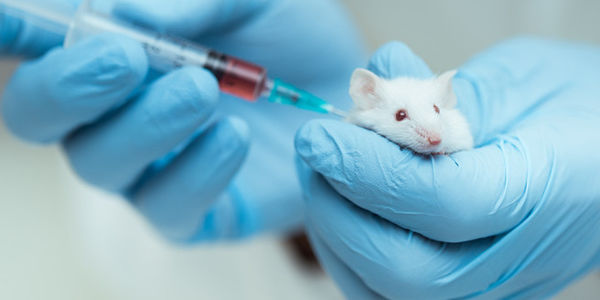 These "cruelty-free" cosmetic brands are not actually cruelty-free, yet. Demand they live up to this promise immediately!

Locked up in tiny cages. Denied love and affection, or even the companionship of their fellow animals. Rubbed to the point of pain and injury with harsh chemicals. Injected with needles. Development of painful blisters, skin burns, abrasions, and more. This is the inhumane life of an animal that, without its consent, is forced into cosmetics testing and locked away in a windowless laboratory, often for the rest of its life.

The conditions are so horrific, consumers around the world have been standing up against animal testing and demanding that brands do better. Many cosmetic and skincare products are now being labeled as "cruelty free" with more and more companies pledging to avoid animal testing. Except... sometimes these corporations' promises are a little misleading. Such is the case with Neutrogena, Aussie, Herbal Essences, and Dove.

Sign the petition to demand that Neutrogena, Aussie, Herbal Essences, and Dove go fully cruelty-free and stop testing its products on animals, now!

Testing on animals isn't necessary — over the years, scientists have developed countless other effective ways of testing cosmetics and beauty supplies. Yet also for many years, the Chinese government required all foreign cosmetics companies to test their products — including make-up, lotion, soaps, shampoos, and body washes — on animals before selling these wares to consumers within mainland China.

That's where the trickery comes into play. For example, Neutrogena, Dove, and several other companies have been claiming to the American public that it does not test its ingredients or finished products on animals. But these manufacturers have also been actively selling their goods on the shelves of stores in China. Which means the brands are not actually completely cruelty-free.

Luckily, in March 2021, the Chinese government announced a huge change in its laws! Starting this month (May 2021), foreign cosmetics that are imported into the country will no longer be required to test on animals first to prove the products' safety. So now it's time for every animal-testing corporation to finally drop animal testing for good!

Tell Neutrogena, Aussie, Herbal Essences, and Dove to celebrate the Chinese government's cruelty-free decision by ditching all animal testing, now!
Sign Petition
SHAREShare With FriendsTWEETEMAILEMBED
Sign Petition
See more petitions:
You have JavaScript disabled. Without it, our site might not function properly.

Care2
These "cruelty-free" cosmetic brands are not actually cruelty-free, yet. Demand they live up to this promise immediately!
SHARETWEET