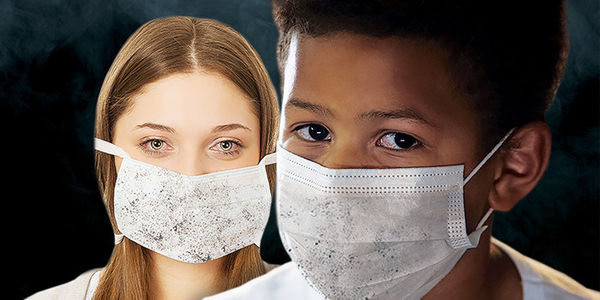 Demand that U.S. Steel invest in healthy communities, clean air, and jobs for the future.

On May 2nd, U.S. Steel announced plans to invest $1 billion in the company's Mon Valley Works. While this investment is a significant commitment to local jobs, it allows U.S. Steel to spin a false narrative about improving air quality in the region. The truth remains: the money will not address the chronic pollution and public health threats emanating from Clairton Coke Works' old and antiquated batteries where PennFuture documented over 6,700 air emission violations from January 2012 to March 2016. Until the company fixes or retires those batteries, the region's health will continue to suffer. It's just that simple.

U.S. Steel will never occupy a space as a good neighbor to the region or be authentically sustainable until it addresses the antiquated portions of its coking operations that are the sources of exponential and ongoing violations.

Since June 2018, regulators issued two enforcement orders against U.S. Steel's Clairton Coke Works: one for failing to meet emissions regulations and one for multiple air quality exceedances following a fire on Christmas Eve 2018 which damaged the Work's desulfurization unit.

Sulfur dioxide exceedances occurred multiple times in the span of a few months, releasing a total of 9.3 million pounds of sulfur dioxide into the air. This is nine times the amount of sulfur dioxide emitted during a regular operating year at the plant. Though U.S. Steel recently completed repairs at the facility, the damage has already been done.

In total, U.S. Steel has been fined $2.3 million in the last year alone for Clairton Coke Works.

The time for change is now. SIGN THE PETITION and ask U.S. Steel's leadership to do the following:

3. Commit to public transparency about plant operations, especially in cases of emergency.

Demand that U.S. Steel be a better neighbor, not a #ToxicNeighbor!
read petition letter ▾
The steel industry of Pittsburgh and western Pennsylvania has played a significant role shaping the region's economy and culture. However, it also has, and will continue to have, an enormous impact on the quality of the air we breathe. And U.S. Steel is a major contributor of those impacts.

Despite upgrades to the facility over the last decade, the U.S. Steel Clairton Coke Works plant, located in Clairton, Pennsylvania, has been and continues to be a polluter and public health offender, polluting the air in Pittsburgh and the greater Allegheny County region. Since 1990, Clairton Coke Works has been the subject of eight consent orders with the Allegheny County Health Department (ACHD).

PennFuture documented 6,700 air pollution violations between January 1, 2012 and May 31, 2015 as part of its 2016 60-day notice of intent to sue. This is akin to polluting over five times a day, every day for nearly three and a half years. Much of this pollution comes from the facility's oldest and dirtiest batteries 1, 2, and 3. It's time for those batteries to be replaced and for Clairton Coke Works to be brought into the 21st century with upgrades to environmentally-advanced technology.

U.S. Steel has not been a good neighbor in our community. The June 2018 ACHD consent order recites ongoing violations. Moreover, when a fire broke out at Clairton Coke Works on December 24, 2018, residents were not notified of the accident or potential air quality problems until almost two weeks later when the ACHD released an air quality advisory for twenty-two communities surrounding the plant, stating residents should "stay indoors."

Poor air quality can lead to respiratory and cardiovascular diseases, cancer, reproductive harm, and even premature death. Emission levels from the facility are not decreasing. The problems persist.

The time has come for U.S. Steel step up and invest in our community, in our health, and in our local economy by doing the following:


1. Retire Clairton Coke Works' oldest, dirtiest, and most problematic coke batteries: 1, 2, and 3.
2. Modernize Clairton Coke Works by investing in technologically advanced upgrades to ensure cleaner air and Mon Valley jobs now and in the future.
3. Commit to public transparency about plant operations, especially in cases of emergency.
Operating from consent order to consent order has not reduced the plant's overall pollution and Clairton Coke Works continues to exceed air quality emissions standards. We demand more from U.S. Steel!
Sign Petition
SHAREShare this petition with friends!TWEETEMAILEMBED
Sign Petition
See more petitions:
You have JavaScript disabled. Without it, our site might not function properly.