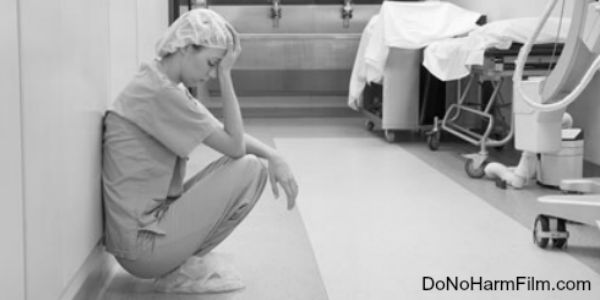 Do No Harm. Stop Working Doctors to Death.

Sleep deprivation, the weight of crushing student loan debt, and the pressure to never make a mistake are just some of the reasons behind the suicide epidemic plaguing the medical community.

Regulations currently state that resident doctors can work an average of 80 hours while in the hospital every week. An average - which means they could be forced to work more than 80 hours one week, as long as they work fewer the next week. These hours don't include time residents spend at home doing patient follow-up and completing paperwork, which that does not count as part of their "duty hours."

In 2017, the Accreditation Council for Graduate Medical Education (ACGME) changed its policy by increasing work hours for first year residents or "interns" from 16-hour shifts to 28-hour shifts, even though when the Institute of Medicine has declared that anything over 16 hours is unsafe.

Why do hospitals force residents to work such inhumane hours? Because residents are considered "in training," so they can can easily be exploited as cheap labor.

The long hours and even longer work weeks have little to do with a resident's training needs and everything to do with the hospital's bottom line. Between 1990 and 2010, the number of patients admitted at teaching hospitals increased 46%, while the number of resident doctors only increased by 13%. Hospitals say they can't afford to hire enough doctors to meet patient demand, so they use residents.

Instead of working resident doctors to the point where they make an error-putting patient's lives at risk and feel the only way out is to take their own life, hospitals should:
Since the ACGME has proven to be resistant to change and unwilling to protect the wellbeing of young doctors, it is time to take this fight to Congress.

Sign this petition to urge members of Congress to pass legislation that would strictly regulate resident doctors' "duty hours" and be enforced by the U.S. Department of Health and Human Services.

Care2
Do No Harm. Stop Working Doctors to Death.
SHARETWEET