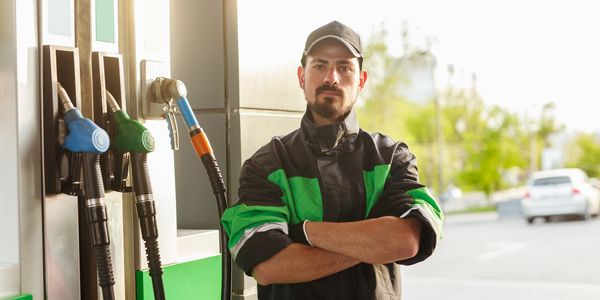 Burning gasoline is detrimental to the environment and human health, so this city is putting warning labels on their gas pumps. Tell more cities to do the same!

Cigarettes are known to cause an array of serious or even fatal health complications, so their boxes come with a printed warning from the surgeon general saying as much.

Burning fossil fuels has been scientifically proven to increase the amount of greenhouse gases in our atmosphere, thus gradually raising global temperatures and voilá -- we've got a full blown climate crisis on our hands which has already brought about unprecedented wildfires, historically deadly hurricane seasons, and increased drought and water shortages just to name a few. There is a direct link between gas guzzling cars and trucks and major threats to our health and environment -- so the city of Cambridge, Massachusetts decided to take a page out of the surgeon general's book. Every single fuel pump will read:

"Warning: burning gasoline, diesel and ethanol has major consequences on human health and the environment including contributing to climate change."

This is exactly the simple but effective information campaign that we need in order to shift our thinking about climate change, and what patterns we as a society will need to change in order to fight it. Sign the petition asking major cities New York, Los Angeles, and Washington D.C. to follow suit and add warnings to their fuel pumps!

While it is absolutely the responsibility of industry leaders and government officials to create systems that are less dependent on the dangerous harvesting and burning of fossil fuels, a greener world will still demand certain sacrifices from consumers. These warning labels are not meant to shame or blame, but rather to get us thinking about the larger picture. 'Do I need to drive where I plan to today?' Sometimes the answer will be 'yes,' and that's okay! But if the answer is 'probably not,' this is a great way to get people thinking critically.

In the grand scheme, this kind of information can actually create systematic change too. Warning labels like those on cigarettes boxes have proven to shake the public's trust in harmful systems that seem inevitable or immovable, and pave a way to "increasing the public appetite for alternatives."

In fact, in some parts of the world, this is already being done! In 2018, Sweden passed an ordinance that said all sellers of gas must display a warning about its negative impact on our environment.

2021 will be a turning point in our fight to save our environment, and ourselves. Cambridge, Massachusetts is proving itself in that fight, but we need more major cities to join the fray so that eventually, every gas pump in the U.S. bears this warning!

Care2
Burning gasoline is detrimental to the environment and human health, so this city is putting warning labels on their gas pumps. Tell more cities to do the same!
SHARETWEET