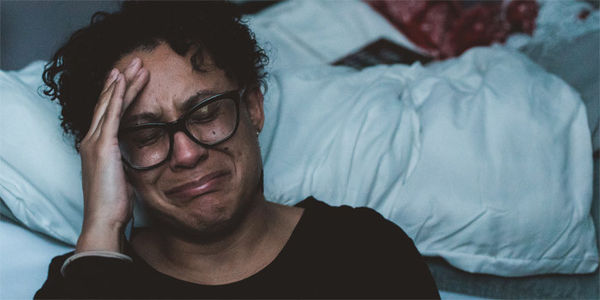 The University of Virginia (UVA) medical system is considered one of the best in the nation. Boasting state-of-the-art equipment and facilities, it sees roughly 1 million patients a year on average. As a nonprofit hospital associated with a public university, by its very definition it is funded by taxpayers and owned by the state. It answers to no shareholders and is supposed to have no profit motives. In exchange for operating in a charitable manner and providing community benefits, it pays no federal, state, or local taxes. Ideally, it is meant to have no higher goal than public health.

Except, right now, we're finding out that this glowing, philanthropic portrayal is actually a lie. In reality, UVA has actually been making a cold-hearted business out of taking people in "regardless of their ability to pay" — and then turning around and ruining them for it.

Shirley Perry was one such person. A registered nurse at UVA, she worked hard every day to tend to patients' needs, until she herself became chronically ill. Unable to maintain her previous life and schedule, she lost both her job as a nurse at UVA and her work-based health insurance. She turned to her former employer for help when she needed medical treatments, and while it did provide her with the care she needed, it also turned on her.

UVA ultimately sued her for $218,730 to cover her the cost of her treatments — plus another $32,809 in legal fees. As aggressive as ever, UVA also put a lien on her townhouse. But Shirley Perry never lived long enough to pay off the full sum of $251,539. Last year, she died at the age of 51. After her death, her townhouse was auctioned off at the local county courthouse. The proceeds went to UVA.

Something needs to change, and clearly the University of Virginia is not going to transform on its own. Its real business objectives are all too clear. That's why the state of Virginia — which owns this university and hospital system — needs to step in.

A recent Washington Post exposé details the methods that UVA used in their pursuit of devastating patients and their families. Seizing paychecks, bank accounts, and even tax returns; putting liens on homes and properties until they're sold off for auction — these are the steps UVA has been taking every day for years, destroying its patients' lives. In the past six years, it's sued former patients — including its own employees — more than 36,000 times to claim more than $106 million. Punished and squeezed to their last pennies, these families have turned to bankruptcy, divorce, and living off of food stamps.

UVA has seemed to particularly prey on working-class and low-income families. The hospital system seized wages from Walmart employees more than 800 times. These are people who are already on the brink economically, and UVA was happy to push them right to the edge.

But UVA didn't have to do this. It wasn't because the hospital was on the verge of collapse. Quite the opposite. In fact, over the course of those same six years, UVA's medical center earned more than $554 million in profits (nearly $100 million each year), while also holding other investments worth $1 billion. And its CEO? Her paycheck is $750,000 a year plus a bonus that pushes the total nearer to $1 million.

The amounts UVA is charging don't even add up. Experts have noted that the university is charging uninsured patients rates that are much, much higher than the actual cost on their care. In fact, UVA often charged individuals 200 - 300% more than they charged insurance providers — for the same treatments and equipment. In one case, a woman whose insurance accidentally and temporarily lapsed due to a computer error was charged $2,000 for a $20 feeding tube during a life-saving surgery.

UVA is also singular among medical systems, earning the title of the most aggressive and heartless in debt collection. No other system sues the same way — and the same amount UVA does. Additionally, UVA offers the least financial assistance of any other major hospital system in Virginia. If you right now have a 401(k) account with more than $3,000 in it, you would not qualify — even if your family's income is barely above the federal poverty level.

The clear picture that is emerging is one of gross exploitation and predatory practices. Without having any financial need to do so, UVA actively chose to ruin the lives of tens of thousands of patients — sometimes to recoup amounts as tiny as $13.91, and other times charging vastly overinflated fees just because they could.

We're calling on Virginia lawmakers, as the owners of this medical system, to take action to change this. It's time for them to implement regulations that will ensure this non-profit hospital stops targeting working-class people and those who are clearly unable to afford such exaggerated treatment costs. Sign the petition to tell Virginia to impose regulations on when and how UVA can sic debt-collectors on its patients!
Sign Petition
SHAREShare this petition with friends!TWEETEMAILEMBED
Sign Petition
See more petitions:
You have JavaScript disabled. Without it, our site might not function properly.