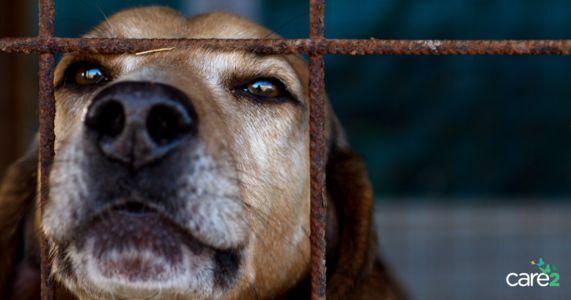 39 people are sick because of contact with poor sick puppies that Petland sells. The CDC found this by investigating an outbreak of Campylobacter bacteria in multiple states. Puppy mills are notorious for irresponsible and dangerous breeding practices, as well as risky housing and transportation practices with their animals. Because of the unsatisfactory conditions in puppy mills, dogs coming from them are often quite sick and have many short term and long term medical issues.

We have to demand Petland stops supporting puppy mills by not selling dogs that come from them.

Petland has 80 stores in the US and stores in Canada, Brazil, China, El Salvador, Japan, Medica and South Africa. Petland is the last major pet store chain that continues to sell puppy mill dogs, even though it's widely known that the practice of breeding dogs in this way is inhumane.

The dogs from puppy mills are sometimes housed in tiny, unclean crates, not given proper vaccinations and veternarian care or attention. It's unclear where exactly the puppies involved in the bacteria outbreak came from. However, conditions of typical puppy mills would absolutely breed this kind of outbreak. Petland says they only source from USDA licensed facilities, but this is not much assurance considering the regulations on those are minimal. For example, dogs only need be kept in a cage 6 inches bigger than their bodies and that cage only needs to be cleaned once a week.

I personally adopted a dog who was used as a breeder at one of these kind of facilities and she is permanently harmed from her time there. When I met her, she didn't know her name or know how to interact with other dogs or even play with toys because she had lived her entire life in a cage, getting impregnated over and over again. Then, when the facility was done with her because she got too old to have babies, they just dropped her off at a kill shelter.

Please sign the petition to demand that Petland no longer sells dogs that were bred in puppy mills. You can make a difference for so many animals by speaking out against this practice.
Sign Petition
SHAREShare With FriendsTWEETEMAILEMBED
Sign Petition
See more petitions:
You have JavaScript disabled. Without it, our site might not function properly.