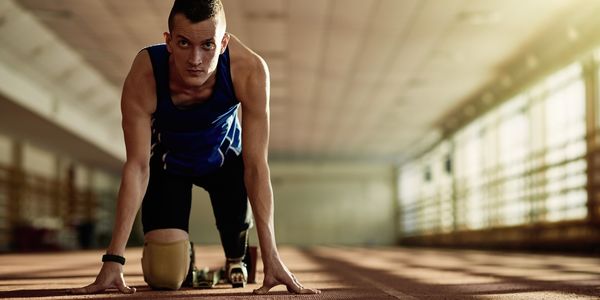 This Australian radio host compared Paralympic athletes to “sausages” along with a slew of other insults. Demand he be deplatformed!

The Paralympics just took place in Tokyo, Japan, and the international community watched as athletes with intellectual and physical disabilities from all over the world shone bright for 12 days that the Paralympic Committee President Andrew Parsons described as "magical." Those "athletes gave the world confidence, happiness, and hope" as they competed in events that included powerlifting, tennis, swimming, and many more.

The Paralympics represent the global community's move towards a more inclusive, equitable world -- but one Australian radio host used his show to pepper the event and its athletes with hateful, ableist comments including comparing some of the competitors' to "sausages."

Sign the petition and demand KISS FM immediately cancel Kyle Sandilands' show, and fire him entirely for his horrific statements!

Sandilands has a reputation for using hate and controversy to get listeners' attention -- which is exactly why he shouldn't be allowed to have a platform anymore. He started this particular attack on disabled folks by saying that he had been watching the Paralympics, and that the inspiring events were "horrific" to him.

Sandilands then zeroed in on the blind soccer players. "They're throwing themselves on the ground like sausages to block the ball." He then went on to joke about another blind competitor, this time a high jumper, who "landed on his arse." Then maybe the greatest offense of all -- Sandilands went on to say, "You can be nice to handicapped (athletes), but you don't have to compare them to the non-handicapped. You don't have to lift them up to be better than the non-handicapped."

What Kyle Sandilands is basically saying is, you can throw disabled people a bone, but don't make them feel too much like people. Don't let them think they could do what any other non-disabled person can do. Don't respect them as much as a non-disabled person.

And what we have to say to that is this -- don't let an ableist, hateful person have a radio show during which he can broadcast such backwards, horrible opinions.

Sign the petition and demand that Kyle Sandilands be deplatformed by KIIS FM!

Care2
This Australian radio host compared Paralympic athletes to “sausages” along with a slew of other insults. Demand he be deplatformed!
SHARETWEET