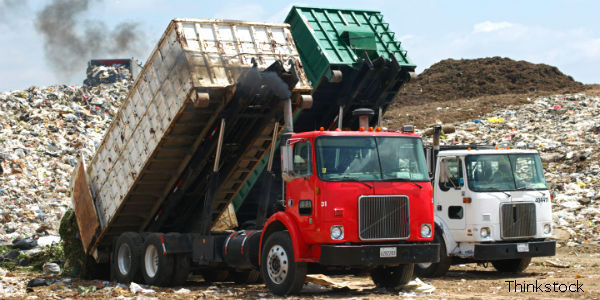 EPA - We Demand Environmental Justice for Poor and Minority Communities

For years, residents of the mainly poor, black town of Tallassee, Alabama have put up with the stench from Stone's Throw landfill.

The Environmental Protection Agency’s (EPA) Office of Civil Rights (OCR) is supposed to address complaints like this, but has so far failed to act on the community's complaint. Worse, this small town is far from the the only American community waiting for environmental justice.

Alabama's Department of Environmental Management gave the waste disposal company Stone's Throw a permit to operate what has become a serious source of pollution — what residents say amounts to discrimination.

According to the Center for Public Integrity, the office's job is to "investigate complaints of discrimination filed against state and local agencies that receive EPA funds" and "to make things right." OCR gets 180 days to determine if a case of discrimination exists, but Tallassee has been waiting for 12 years, says Truthout's report, adding that EPA has a history of far exceeding time limits on complaints.

Even worse, says CPI, when EPA does get around to deciding, it almost NEVER finds a violation — despite research demonstrating that landfills and other polluting operations are more likely to be located n minority and impoverished communities. Over the last 22 years, EPA has accepted just 300 of the thousands of complaints filed by poor, minority communities that have been disproportionately targeted by polluting industries!

If EPA would finally "make things right," then maybe the residents of Tallassee could get some relief, not only from the pollution and stench of improperly covered garbage, but also from the daily risks of company trucks speeding through their streets.

Help end pollution of poor, minority neighborhoods. Sign this petition to tell EPA to make Stone's Throw clean up its act in Tallassee and do its job to stop environmental racism in other communities!

We, the undersigned, agree with the Center for Public Integrity that calls the disproportionate polluting of poor and/or minority neighborhoods a “subtle” type of racism.

Attorney Marianne Engelman Lado with Earthjustice (which has just filed lawsuits on behalf of five communities who have not gotten relief from their complaints, including Tallassee) told Truthout that "Every day permits are given that only reinforce the isolation and degradation of low-income communities of color, and that the EPA has never found any to be discriminatory is really troubling.”

Lado makes it clear that the pollution that is resulting from industries allowed to operate in poor, minority neighborhoods is no doubt a form of discrimination, because, she points out, "No one would put this kind of facility—whether it's a dump or an incinerator—in a middle class white community without health protections."

Tallassee has reported that already the involvement of Earthjustice and the media in their fight for landfill owners to follow regulations has led to Stone's Throw owners beginning to "cover the mounds of garbage, giving residents a reprieve from the noxious odor,” and “Traffic to the landfill has also slowed.” However, the EPA should be doing its job and not putting this extra burden on poor, minority neighborhoods in the first place.

Twelve more communities, besides those Earthjustice is suing EPA over, adds Truthout, have complaints that remain outstanding.

We insist EPA Office of Civil Rights stop allowing this ongoing pollution of minority communities, and in the meantime, make Stone’s Throw clean up its act.