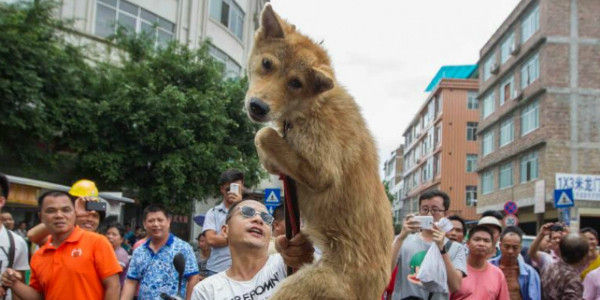 NARS, Take a Stand Against the Yulin Dog Meat Festival

Until 2017, NARS — the legendary French makeup and skincare brand — had been committed to creating cruelty-free makeup. But when they decided to enter the Chinese market, their morals took a back seat to their bottom line.

Chinese law requires brands to test their products on animals in order to sell them. NARS decided to do just that.

When they made the announcement via Instagram, many of their customers expressed disbelief and anger. After all, this was a company that believed: "The global elimination of animal testing needs to happen" and that "product and ingredient safety can be proven by non-animal methods."

Regardless of how you feel, NARS' entrance into the Chinese market means it has a large and prominent platform that can reach hundreds of millions of people. Even though they have capitulated to Chinese law in order to sell their products, if they truly believe animals deserve to be treated humanely, they should continue to speak up about the horrific animal abuses permitted to continue under the Chinese government.

Every June, one of the most horrific examples of animal abuses takes place in the city of Yulin, China. The Yulin Dog Meat Festival is a 10-day-long event that is responsible for the brutal torture and killing of thousands of dogs each year. Dog meat consumers believe that the meat tastes better when dogs have more adrenaline in their blood — so dog butchers will often torture dogs to death in order to increase their adrenaline flow. Dogs are beaten, burned alive with blowtorches, or tossed into boiling pots of water.

The festival has become an embarrassment for the Chinese government due to international outcry and it has shrunk in size because of it, but they still allow it to continue. Only more international and local protests will make this annual event disappear.

That's why Care2 is asking NARS to use their platform and take a stand against the Yulin Dog Meat Festival. Please sign the petition and tell NARS to speak up now.