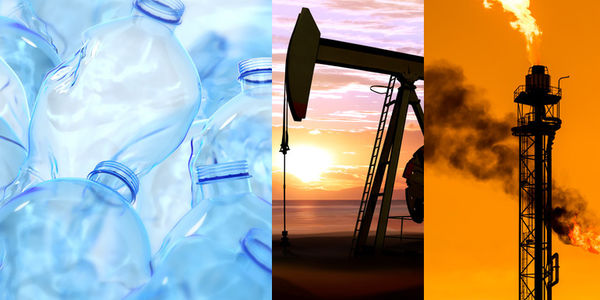 These 20 corporations are responsible for most of the world's plastic waste. They must switch to sustainable alternatives now!

You and I already know that we are positively swimming in plastic. Our trash overflows with it. Our oceans are morphing from ecosystems of fish into piles of plastic trash. Even governments don't know what to do with it — often tossing it onto other countries' soil to have them deal with it.

Here's what's even more shocking: Of all the plastic waste created in the world, it turns out that just 20 businesses are responsible for the vast majority of it. Given that fact, the vast majority of work to clean up this nasty mess should fall on these same 20 companies' shoulders.

Sign the petition to demand that these 20 corporations switch to producing eco-friendly, biodegradable options instead!

Of these 20 firms, every single one is involved in producing either fossil fuels or chemicals, such as oil- and gas-based petrochemicals — and sometimes they produce both. These companies are headquartered all over the world, including in the U.S., Australia, the U.K., China, India, France, and the Netherlands. And out of all these horrible, polluting VIPs, one ranks the absolute worst: ExxonMobil of Texas in the U.S.A.

ExxonMobil accounts for more plastic waste pollution than any other company on the entire planet, leaving our world a huge, toxic legacy of never-ever-biodegrading refuse.

Why are oil and gas companies so interested in producing plastic? Because most plastic is made of oil and gas. And as the world switches to more and more eco-friendly forms of energy for transportation, home-heating, and more, these dirty energy corporations are dashing to switch over into other petrol-based industries in order to keep us addicted to fossil fuels.

This means that plastic production and climate change are actually intricately linked. As ExxonMobil and its friends produce more plastic, we collectively eat up more petroleum. Plastic creation is contributing to more greenhouse gas emissions every year, with experts anticipating that nearly 10% of global greenhouse gas emissions will come from plastics within the next 30 years.

And meanwhile, the Earth just suffers.

It's time to tell these companies we know what's up, and we're holding them accountable.

Care2
These 20 corporations are responsible for most of the world's plastic waste. They must switch to sustainable alternatives now!
SHARETWEET