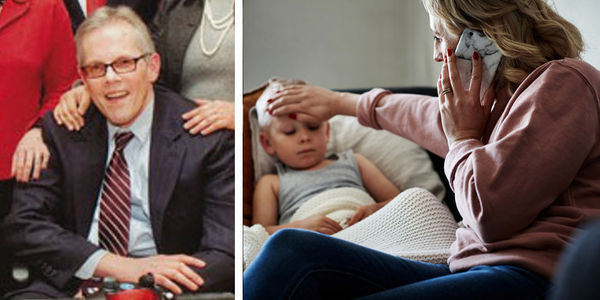 Man-made toxins building up in our bloodstreams. Poisons polluting mothers and literally passing into wombs and fetuses. A chemical so powerful it can't be broken down, dubbed "the forever chemical," present in the blood of nearly every person in the U.S. And, on top of everything else, a leading Harvard researcher says this toxin may even reduce the effectiveness of vaccines against COVID-19.

This is the very potent reality of a chemical called perfluorooctanoic acid (PFOA) or C8, produced by mega-corporation DuPont. The U.S. might have avoided the ubiquitousness of this nightmare poison, but DuPont's crack lobbyist team spent years fighting against any proposed regulations. One of these consultants was a man named Michael McCabe.

And what is next on this industry insider's career path? Working for President-Elect Joe Biden as he creates a transition board for the U.S. Environmental Protection Agency (EPA).

Sign the petition to demand that Joe Biden drop any and all corporate "industry insiders" from his upcoming cabinet! He must demonstrate his true commitment to environmental protections by elevating tried-and-true eco-champions.

After Trump has spent four years defouling our air, water, and environment, we need to get tough and enforce new regulations — quickly. Our health is at stake. But so far, the EPA has not set any true limits on the amount of toxic chemicals, such as PFOA, that can end up in our waterways. Communities' water supplies often aren't even being tested, and families aren't being informed. As a result, this shadowy substance is allowed to continue flooding our bodies.

According to an article in The Guardian: "Research has linked exposure to this chemical to the following illnesses: kidney and testicular cancer, ulcerative colitis, thyroid disease, pregnancy-induced hypertension and high cholesterol." In fact, when DuPont dumped tons of waste, including PFOA, in West Virginia, it poisoned hundreds of thousands of people. Many of these individuals ended up with serious and devastating illnesses as a result. That's around the same time as when McCabe was hired at the corporation to help improve their image.

As famed environmental justice activist and researcher Erin Brockovich opines: "It should go without saying that someone who advised DuPont on how to avoid regulations is not someone we want advising this new administration." Amen, Erin Brockovich.

We cannot let industry insiders continue to dictate our health and environmental policies. Pollutants like PFOA need to be banned ASAP.

Tell incoming President Joe Biden to dump Michael McCabe, and only rely on trusted scientists and environmental experts!
Sign Petition
SHAREShare this petition with friends!TWEETEMAILEMBED
Sign Petition
See more petitions:
You have JavaScript disabled. Without it, our site might not function properly.