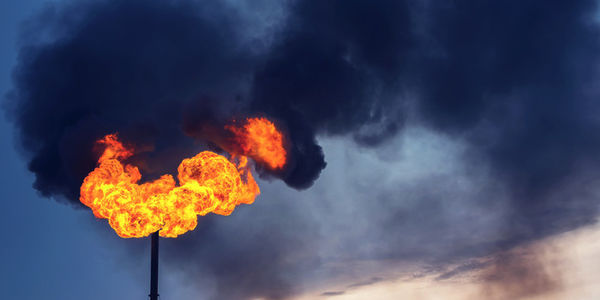 Tell the Environment Department you want nation-leading methane rules that will help fight climate change and protect community health in the oil fields.

Methane is a super pollutant that is an even more dangerous greenhouse gas than carbon dioxide—in terms of both climate change and the quality of the air we breathe. In January, we and our allies were able to mobilize community support and convince the Energy, Minerals and Natural Resources Department's Oil Conservation Commission to approve strong rules on venting and flaring methane during oil and gas operations.

Starting September 20th, NMED's Environmental Improvement Board (EIB) will hold hearings on proposed rules regulating leaks of ozone precursors and other volatile organic compounds (VOCs) from oil and gas infrastructure. The EIB cannot regulate methane directly but can regulate ozone precursors in areas that are near to or already exceeding ozone limits – which includes all the counties in the San Juan and Permian oil and gas basins.

Ozone precursors and VOCs pollute the air that hardworking New Mexican families must breathe, causing asthma and other health problems. Regulating ozone and VOCs will also limit methane releases and formation in the atmosphere.

You can help New Mexico become a leader in methane reduction by signing this petition to the Environmental Improvement Board for their hearing starting September 20th.

To the Members of the Environmental Improvement Board:

I am writing to support Governor Michelle Lujan Grisham's call for nation-leading methane rules. Methane is a powerful greenhouse gas and the rules regulating it must be as stringent as possible.

In August, the International Panel on Climate Change (IPCC) released their latest Assessment Report. The report showed there is very little time to mitigate the worst impacts of rising global temperature. One key finding of the report was that rapidly reducing methane emissions could have a dramatic effect on limiting global temperature increase.

The 2020 New Mexico Climate Strategy: Progress and Recommendations report states that "Our current and proposed climate strategies will make a significant dent in our greenhouse gas emissions profile by 2030—but reaching our targets will require renewed ambition and additional action." (emphasis added)

Ozone precursors and other volatile organic compounds (VOCs) pollute the air that hardworking New Mexican families must breathe, causing asthma and other health problems, and worsening visibility, which lowers the incentive for developing outdoor recreation opportunities. Regulating leaks of ozone precursors will also limit methane emissions and formation in the atmosphere.

I support the proposed improvements to NMED's proposed ozone rule put forward in a joint proposal by CVNM and several other groups represented at the EIB hearings by the Western Environmental Law Center and by the Environmental Law Clinic at the University of New Mexico Law School. Specifically, I support these four significant changes:


Strong ozone precursor rules will help improve air quality for workers and in communities near oil and gas fields. This is also an environmental justice issue because a significant portion of the state's oil and gas infrastructure is located near communities of color and/or low-income families. In many of these communities, the negative health impacts of poor air quality are also compounded by the effects of poverty.