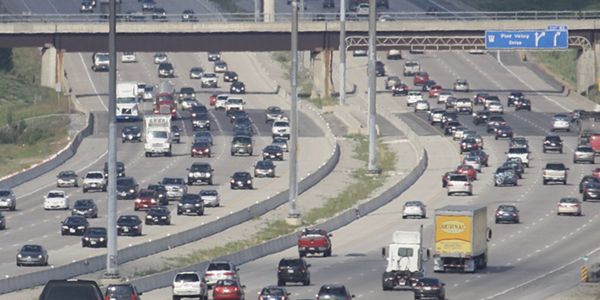 The Ontario government has revived two long-dead proposals for new 400-series highways, Highway 413 and the Holland Marsh Highway (Bradford Bypass), which would carve through the Holland Marsh and slice up sections of farmland and the Greenbelt between Vaughan and Milton.

Worse, they plan to build both destructive highways without completing full environmental assessments, meaning that we won't even know the scale of the damage they will cause until it's too late.

These new highways would cost billions of dollars, have devastating impacts on the forests, farms, wetlands, rivers and communities that they bulldoze through, threaten endangered species, and in the case of the 413 would save drivers less than a minute on their commute. If the province won't take these threats seriously, then we need the federal government to step in.

Take action now to write to Minister Wilkinson, and your MP, to tell them that you want a real environmental assessment for Highway 413 and the Holland Marsh Highway.
read petition letter ▾
I am writing to support the requests to designate both the GTA West Highway (Highway 413) and the Bradford Bypass projects for a federal environmental assessment pursuant to the Minister's power under s.9(1) of the Impact Assessment Act.

These 400-series highways will cause irreversible environmental damage within federal jurisdiction, including harm to fish habitat, multiple federal species at risk, and dozens of significant wetlands, forests, and important ecosystems. They will pave over thousands of hectares of Ontario's Greenbelt and bulldoze people's homes. Without a proper environmental assessment from the federal government, we may never fully know the extent of these impacts until it's too late.

The Ontario government has proposed significantly weakening the provincial environmental assessment process for both projects. The proposal for the GTA West Highway would allow "early works" such as bridges over watercourses to proceed before the EA is even complete. The Bradford Bypass project would be allowed to proceed with construction through the Holland Marsh based on an outdated 23-year-old EA. The original EA approval was conditional on performing additional studies on archaeological resources, stormwater management, hydrogeological systems (including the development of a groundwater protection plan), noise, and compliance monitoring. The Province has proposed an exemption to all of these conditions.

Both of these controversial highways have generated significant public concern over many years. Thousands of Ontarians have already written to the Province asking them to reconsider the dangerous and unnecessary GTA West proposal, and the Bradford Bypass proposal has remained contested despite being dormant for over two decades. Both proposals have received significant media coverage.

These highways would also increase vehicle traffic at a time when the federal government has pledged to cut carbon emissions from transportation. The current assessment process includes no consideration of the climate change impacts of the more than one hundred thousand vehicle journeys per day that these highways would add to Ontario's roads.

Given the high levels of public concern, and the continued failure of the provincial government to honour its commitments to protect human and environmental health, we are calling on the federal government to designate these highway projects for a federal environmental assessment. If the Ontario government won't protect our environment, the federal government needs to step in now.
Sign Petition
SHAREShare this petition with friends!TWEETEMAILEMBED
Sign Petition
See more petitions:
You have JavaScript disabled. Without it, our site might not function properly.