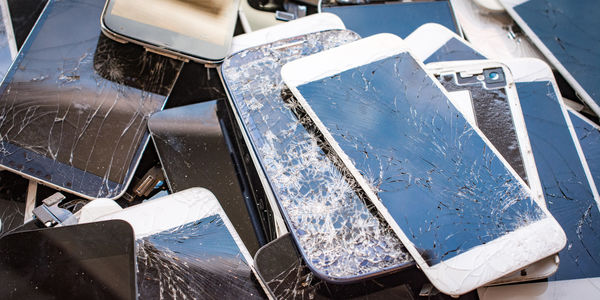 Most of us have been there before -- your smartphone feels brand new, but it stops working after only a year or two. Or maybe it's perfectly fine, but the shinier, newer model is out, and our phone providers make it seem like we can't live without it. Or maybe, they tell you, "Hey, we'll give it to you for free if you sign a new contract."

It's a combination of planned obsolescence (technology going bad on purpose to drive up demand, thus profits) and contractual luring, and it's killing our planet.

Sign the petition telling the French Government to greenlight proposed regulation that would fight this wasteful cycle!

80% of the environmental devastation wreaked by our smartphones comes from their creation -- mining, transportation, refining, and working with the necessary chemicals all create a massive carbon footprint. So much of this could be avoided if our cell phones lasted longer and we were encouraged to use them until they stopped working -- but that isn't going to happen as long as telecommunications companies are more motivated by profits than the destruction of our world.

That's why it's so important that these solutions be built right into the laws, like France is considering doing. Their new regulations would eliminate early renewal or upgrading of smartphones in exchange for customers signing a new contract with a provider. Knowing that their cell phone will most likely start to degrade around the time their contract expires, around two years typically, it feels like common sense for individual customers to take advantage of this! But this wrongly puts the onus on the individual, while the real responsibility should be on manufacturers to create smartphones that will last longer.

Almost half of the entire world population uses a smartphone -- approximately 3.5 billion people. In the U.S., the average person gets a new phone every 1.8 years. These devices are pouring into landfills, often in poorer and developing countries, poisoning people and wildlife, while the processes of creating more to fill their places are funneling greenhouse gasses into our already warming atmosphere.

But it doesn't need to be this way! This landmark legislation from France could be the first step in setting a new precedent in supply and demand for smartphones -- the fate of Earth depends on it. Sign the petition and tell the French government to adopt these regulations!