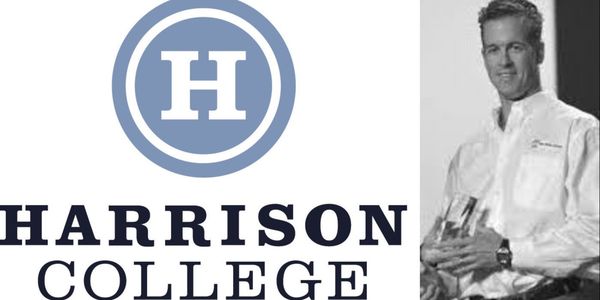 The students and faculty of Harrison College want justice NOW! Demand Craig F. Pfannenstiehl and EMC face a criminal and civil investigation by the State of Indiana and the Federal Government, NOW!

Harrison students are displaced. Some students paid cash for the Fall semester and were told that they would not be getting their money back. Some students with private school loans are not eligible for loan forgiveness due to a school closing. Senior ASN nursing students only had 1 quarter left before graduating and currently there are no schools that are officially taking them in, accepting their nursing credits, and allowing them to finish their 12 weeks without starting their nursing classes completely over. There are no teach out plans being officially accepted or approved by the Indiana State Board of Nursing at this time. This is true for other nursing majors as well.

Faculty and staff were only given 1 day of notice before the school closed and were let go without severance pay and their health insurance was immediately terminated.

The State Board of Nursing Indiana Statute 848 IAC 1-2-2 states that a closing program is required to submit written notice within thirty (30) days of a decision to close a state accredited nursing program. THIS WAS NEVER DONE.

In the Spring of 2018 Harrison College allegedly shuffled in 60-70 nursing students, knowing that the school was in financial trouble. These students were then fraudulently led into a dead-end nursing program. There are students of other majors with nothing to do but start over.

Harrison College website is quoted with this core values statement regarding compliance, "We accept our responsibility to be held accountable to all of our constituents. Accordingly, we operate with integrity and fairness to ensure full compliance with accrediting standards and regulatory bodies." Students and facultiy were falsley led to believe Harrison College would actually stand by their core values and mission statement. They have not!

The students and faculty of Harrison College demand justice. Lives have been turned upside down. Jobs of both student's and faculty were lost. Careers and dreams were demolished. For almost 2 years cohort 15 sacrified their time with their familes and put their lives on hold while pouring blood sweat and tears into a nursing program to have a stable future for their families and themselves. A single mother of 3 had a baby and returned to school 2 days later.

Please sign the petition demanding that Craig F. Pfannenstiehl and the officers and directors of Educational Management Corporation (EMC) face a criminal and civil investigation for fraud, as well as other criminal and civil wrong-doings by the State of Indiana and the Federal government.

Students are displaced, some permanently, and may have to start their entire college careers over all beacause of one man and corporate greed! Some students are single parents with unforgivable student loan debt and need to feed their families with no future means of support. Teachers also need to feed their families. NO ONE is standing up for students, or willing to make this right. Students entrusted Harrison College with their money and time and have been left with nothing in return. Some will never get either one back.  Nursing students close to graduation had to turn down job offers from employers. Demand that the State of Indiana and the Federal Government take action against Craig F. Pfannenstiehl and EMC, NOW!

Care2
The students and faculty of Harrison College want justice NOW! Demand Craig F. Pfannenstiehl and EMC face a criminal and civil investigation by the State of Indiana and the Federal Government, NOW!
SHARETWEET