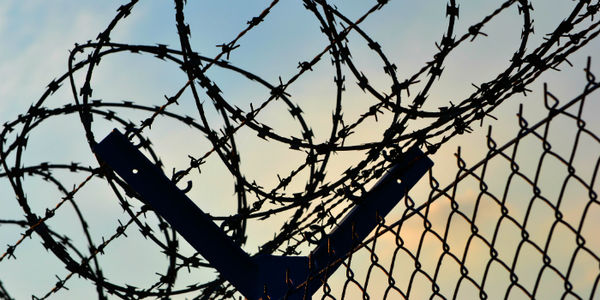 Last August, then Deputy Attorney General Sally Yates ordered the Department of Justice to phase out its use of private prisons. Yates found that private prisons did not provide the level of services and support that government-run prisons did, even though they were more costly. And they simply were not safe.

Director of the ACLU National Prison Project David Fathi saw the decision as an "historic and groundbreaking" reversal of a trend that many have been critical of for good reason.

But now, with the stroke of a pen and a "one-paragraph memo" Jeff Sessions has rescinded the Yates' order, returning the Bureau to its previous costly, ineffective and unsafe approach.

The Washington Post points out in its report on Sessions reversal that the private prison industry creates $billions annually and gives a lot of that revenue to politicians. Two companies, GEO Group and CoreCivic, just donated a hefty $250,000 to Trump's inaugural fund, and GEO alone gave even more thousands to a pro-Trump super PAC - just one day after Yates' announcement to phase out private prisons.

The American public has a right to get the quality of service it pays for, and prison inmates have rights also, including a right to safety in a place where they have no means of protecting themselves.

We do not need the Department of Justice to bring back the use of ineffective, costly and cruel private prisons. Sign this petition to demand Sessions rescind his reversal of the private-prison phaseout.

The editor of Mother Jones published an article last July explaining why the magazine sent a reporter, Shane Bauer, to a Corrections Corporation of America (now CoreCivic) prison to work as a private prison guard. Editor Clara Jeffery says it was because “ There is no other way to know what truly happens inside but to go there.”

What Bauer experienced and reported after 4-months as a guard, Jeffery says is “revealing as hell.”

Based on Bauer’s report, the prison where he worked, Winn in  Louisiana, was understaffed, the guards poorly paid, and violence so pervasive and a part of the culture that Bauer’s own personality changed - to become more and more like his environment.

Bauer described cells in one unit in the prison as looking “like tombs. Men lie in their bunks, wrapped in blankets, staring at the walls.” Inmates told him there was nothing to do there - ”no jobs,” “no rec time,” so they simply spent all day in their cells and sought ways to act out their frustrations. Women reported that rape was not uncommon.

The state Department of Corrections even found that CCA was charging the inmates for toothpaste and toilet paper that the state had supplied.

Bauer writes in another report that after his story was published, Corrections Corporation of America paid a public relations firm to polish its tarnished reputationand make veiled threats to reporters and then rebranded its name to CoreCivic.

It appears this private prison company chooses to spend its money on PR damage control and donating to politicians instead of spending money needed to provide a safe, effective and corrective prison environment for inmates and guards.