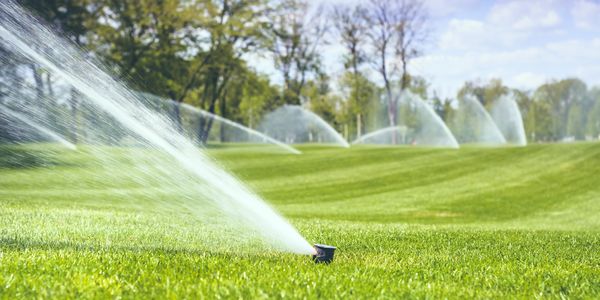 Some People Don't Have Drinking Water in France, but Officials Are Letting Golf Courses Water Their Greens!

France is going through one of the worst droughts in history, and residents have been instructed to avoid non-essential water usage. But for some reason, golf courses -- which are notoriously bad for the environment -- get a pass. Climate activists responded to this outrageous exemption by filling golf holes with concrete. France's water bans are a national law, but enforced by regional officials, and so far only one region in France banned the watering of golf courses.

Some places don't even have enough drinking water! Golf isn't more important than sustaining human life. Sign the petition to demand all French officials include golf courses in the excess water ban!

The activists, who are affiliated with Extinction Rebellion, targeted golf courses near Toulouse, France, calling golf the "leisure industry of the most privileged." One mayor in a southern city criticized the exemption, saying: "We continue to protect the rich and powerful."

Heat waves have been blasting through Europe, and France is experiencing some of the worst of it. One hundred French villages are short of drinking water. Firefighters are battling "monster" forest fires in France, which have released record amounts of carbon into the atmosphere. These climate activists are heroes for finding a creative way to bring attention to the issue while literally stopping the golf courses from overusing water.

It's no secret that golf courses are terrible for the environment, especially when it comes to water consumption. Depending on the location of the golf course and the climate, an 18-hole course can use on average 2.08 billion gallons of water per day.

Sign the petition to demand all French officials include golf courses in the excess water ban!

Care2
Some People Don't Have Drinking Water in France, but Officials Are Letting Golf Courses Water Their Greens!
SHARETWEET