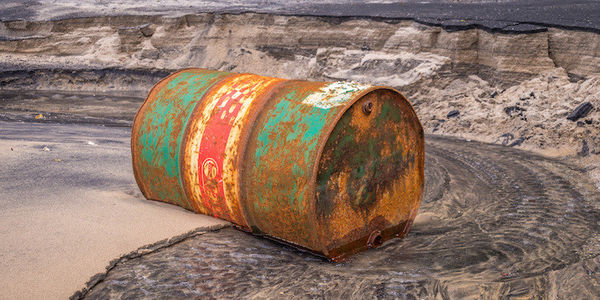 CANADA: DON’T GIVE MY TAX MONEY TO BIG POLLUTERS

Oil and gas companies are wealthy, multi-billion dollar businesses with big lobbying power. And despite big earnings, they use their influence to extract tax breaks and handouts from the Canadian government. These payouts are called fossil fuel subsidies, and they mean that oil and gas companies don't have to pay the true cost of their operations. These government subsidies make it less expensive for industry to pollute, and leave less money for public goods like education, health care, and clean drinking water.

But it doesn't end there. Crown corporations like Export Development Canada are also financing destructive projects like the Trans Mountain pipeline expansion and the Coastal Gaslink pipeline - which means our tax dollars are on the line for projects that violate the treaty rights of Indigenous Peoples, risk toxic spills, and threaten endangered species habitat.

Spending public money to prop up oil and gas companies also leads to increased emissions, distracts from our need to invest in renewable energy sources, and goes against Canada's promise to fight climate change.

There's no two ways about it: the Canadian government has to stand up to the oil and gas industry and end fossil fuel subsidies.

Add your signature and mobile number today to take action and tell the federal government to stop using our tax dollars to finance pollution, environmental destruction, and injustice.

The federal government needs to phase out the litany of tax breaks, direct grants, fiscal supports and public finance propping up the largest source of carbon pollution in the country.

Eliminating fossil fuel subsidies and public financing is a critical step to ensure a climate-safe future and transition to a low-carbon economy. These supports divert vital government  resources away from other priority policy areas, such as healthcare, clean energy and just transition.

Despite a ten year commitment to eliminating inefficient subsidies, Canada remains a global laggard. In large part due to the nearly $14 billion in government-back support provided to the oil and gas industry yearly through Export Development Canada, Canada provides more financing to fossil fuels than other countries and we're making the least amount of progress in eliminating this support. The EU, UK and US have all taken concrete steps to end subsidies and shift public finance away from fossil fuels.

Propping up fossil fuels with huge sums of public money is incompatible with a safe climate and healthy future and undermines your government's carbon reduction goals and the climate actions you have committed to. Furthermore, the federal government and its agencies continue to support oil and gas projects, including the Trans Mountain Pipeline expansion and the Coastal GasLink Pipeline, that violate the rights of Indigenous communities.

In order to redirect the support going to fossil fuels and instead put Canada on a path to a genuinely healthier, more resilient and more equitable future, we are calling on the federal government to:

There's no two ways about it: In order to stop the climate crisis and to build a more just and equitable economy, the promise made to the Canadian people and the international community to eliminate fossil fuel subsidies must be kept, starting now.

Sign Petition
SHAREShare this petition with friends!TWEETEMAILEMBED
Sign Petition
See more petitions:
You have JavaScript disabled. Without it, our site might not function properly.
Sign up today to receive phone and text message updates from Environmental Defence Canada with information and opportunities to advocate for a climate-safe future. Message and data rates may apply. No purchase necessary. Reply STOP to opt out.