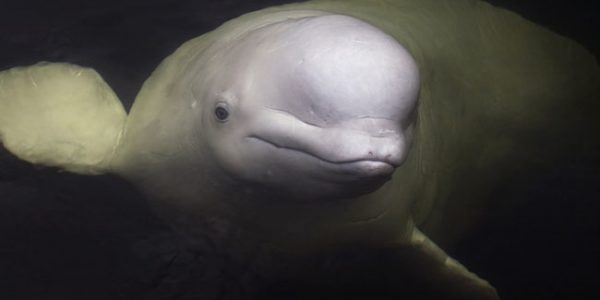 Thanks to the dedication of lawmakers, scientists, animal advocacy organizations and Care2 activists who kept the pressure on, we can now celebrate an epic win for captive cetaceans in Canada. The country has just become the latest to pass legislation that bans keeping whales, dolphins and porpoises in captivity.

The bill, Ending Captivity of Whales and Dolphins Act (S-203), will effectively phase out captivity by banning captive breeding, imports and exports of all whales, dolphins and porpoises in Canada, with exceptions for situations involving the rescue of injured animals. Now anyone found violating the law could face fines of up to $200,000.

It was first introduced back in 2015 by now-retired Senator Wilfred Moore, but even with widespread support from the public, animal advocacy organizations and scientists, it’s continued to face delays and obstructions.

Concerns were raised that if it didn’t pass during this session before the next federal election that it would be permanently killed, but earlier this spring it reached a major milestone when the Standing Committee on Fisheries and Oceans voted to keep it moving forward.

That move was largely attributed to public pressure. Thousands of people spoke out on behalf captive whales and dolphins – more than 106,000 people signed the Care2 petition in support of this bill – and now we can celebrate a landmark win with its passage in the House of Commons this week, where it was championed by Green Party Leader Elizabeth May.

Canadian Parliament has voted overwhelmingly to pass Bill S-203 that bans keeping whales, dolphins and porpoises in captivity for entertainment, as well as the trade, possession, capture and breeding of cetaceans. #emptythetanks #S203 pic.twitter.com/y2Jx29cffW

“The passage of Bill S-203 is a watershed moment in the protection of marine animals and a victory for all Canadians. Whales and dolphins don’t belong in tanks, and the inherent suffering these highly social and intelligent animals endure in intensive confinement can no longer be tolerated. We congratulate the sponsors of this bill and the Canadian government for showing strong leadership in responding to public will and sound science on this critical issue,” said Rebecca Aldworth, Executive Director of Humane Society International/Canada.

There are now only two facilities in Canada that keep captive cetaceans, including the Vancouver Aquarium and Marineland. The Vancouver Aquarium currently only has Helen, a Pacific white-sided dolphin, and has already committed to ending the display of whales and dolphins, while Marineland still has Kiska, Canada’s lone captive orca, along with about 50 belugas and five dolphins.

Although the bill would grandfather in those who are currently in captivity, this groundbreaking legislation will ensure they are the last to endure lifetimes of confinement in the country.

Despite claims by marine parks and their supporters that keeping whales and dolphins in captivity is necessary to support education and conservation efforts, people have continued to accept the truth about how harmful it is to both individuals in captivity, and to wild populations who continue to be suffer live captures for this industry.

Hopefully Canada will soon be followed by more nations who will instead work to learn about and protect cetaceans in the wild where they belong.