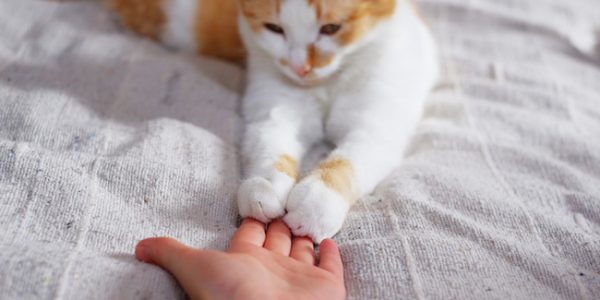 Imagine having your fingers summarily chopped off at the knuckles, leaving you with a lifetime of pain and loss of sensitivity — all because someone didn’t like your nails.

It happens to thousands of cats across the United States every year, though some cities — including West Hollywood and Denver — have passed declawing bans, barring this cruel and monstrous practice.

New York’s legislature just made its state the first to pass a statewide ban. As long as Gov. Andrew Cuomo signs it, it will go into effect, keeping the state’s cats safe from a medically unnecessary and grotesque procedure.

Several other states are on the path to follow New York’s lead. Legislation is under consideration in California, Rhode Island, West Virginia and New Jersey.

Historically, declawing involved a very crude guillotine-style amputation of the nail bed and part or all of the first joint of the toe, ensuring that the claw could not grow back. Sometimes the cat’s paw pads were sliced through, requiring weeks of painful healing and potentially causing permanent lameness.

Now, the surgical approach more commonly involves using a scalpel to carefully expose the bone and remove it, preserving the paw pad. Either way, it’s painful. The tips of the toes — like the tips of your own fingers — are very sensitive.

It’s also starting to fall out of fashion, thanks to hard work by animal welfare advocates educating people about the harmful nature of declawing. But it still persists. Some people claim it’s necessary to prevent scratching behavior or to protect people from injury. But animal welfare and veterinary groups strongly discourage it, arguing that these claims don’t hold water. The Humane Society of the United States, the American Society for Prevention of Cruelty to Animals and the American Animal Hospital Association all say “don’t do it.”

All of these entities cite pain and suffering for animals and note that there are numerous options for addressing unwanted scratching behavior, including providing cats with appropriate outlets for what comes naturally to them. Declawing also won’t fix behavioral problems, such as fighting or inappropriate elimination. In fact, ironically, cats with pain and sensitivity from declawing may feel uncomfortable using the litter box, leading them to urinate and defecate elsewhere.

Furthermore, claws can be clipped or capped for humane control to prevent scratches. As for the claim that declawing protects people from disease, no reputable source of information on human health (like the CDC) endorses this. Instead, people concerned about zoonotic diseases are advised to follow basic hygiene and limit contact with animals in extreme cases.

But some argue declawing should be an option to prevent euthanasia, abandonment or relinquishment, saying it’s the lesser of two evils. There’s no particularly strong evidence to support this argument, and declawed cats routinely show up at shelters or are abandoned or euthanized. People who want to suppress an animal’s nature are probably not going to be the most appropriate caretakers.

Similarly, a growing number of communities are establishing partnership programs with people who help older adults with routine animal care tasks, such as trimming nails and cleaning litter boxes. That way, animals can stay healthy and in their homes.

That said, the New York bill explicitly includes a “medically necessary” exception for instances in which removal of one or more claws is necessary (e.g., if a cat had a congenital birth defect or cancer). It could prove to be model legislation for other states interested in promoting animal welfare and hastening the end of declawing. It also opens up an opportunity for shelters and veterinarians to discuss how to communicate with cat guardians about behavioral concerns to see whether there’s a less extreme option for resolving them.

Join Care2 users like you in asking their state legislatures to put a stop to the cruel practice of declawing.

If you want to make a difference on an issue you find deeply troubling, you too can create a Care2 petition, and use this handy guide to get started. You’ll find Care2’s vibrant community of activists ready to step up and help you.