Tip: Define your goal. What are you asking for? 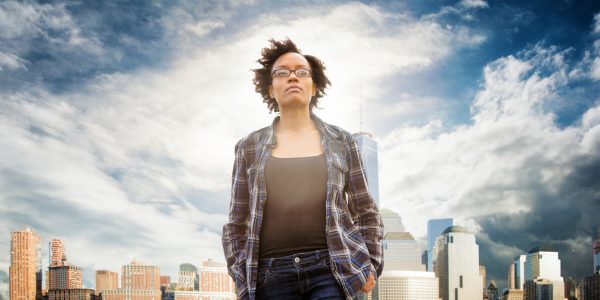 The first part of starting a movement or writing a petition is simply figuring out what it is you’re asking for — and this should happen before you even start on writing your petition.

Okay, it probably sounds simple, right? But it can be tough to untangle our really passionate feelings and decipher what a specific, attainable goal for our cause is. Lots of times we find ourselves motivated by outrage or dismay, and we know we want to change something – but what? And how?

This is where having a S.M.A.R.T. goal comes into play. What do I mean by that?

Your goal needs to be five things (and don’t worry, there’s an example at the end):

In other words, make it clear, concrete, and concise. The more crystal clear your goal is, the more likely it is you’ll win. The vaguer you are, the harder it is for a decision-maker to give you what you want.

Think about it like this: If you were a lawmaker and someone brought you a petition urging you to “protect wildlife,” what do you do with that? Would you have any idea where to start? Chances are, even if the petition had 100,000 signatures, you’d probably have to put it to the side.

Ask yourself this: Can you tell whether or not this thing has taken place? In other words, can you measure the effects of your goal or your petition?

What I mean by attainable is: Can you actually do or get this thing, or is it pie-in-the-sky?

Sometimes you have to be crafty here and think of indirect ways to achieve what you want. If what you ultimately want is to shut down all puppy mills, start with a single puppy mill you can actually have influence over. Is there one in your hometown, or one that’s run by a notorious breeder? Start there and reorganize your campaign around this attainable goal.

This may seem like an obvious question, but it’s worth asking: Does your petition demand make sense? Is it appropriate for the issue and the cause at hand?

Let’s think about an example. Maybe your local animal shelter used to be no-kill but recently reversed its policy. It might be over-the-top to demand that all staff are fired, or that the entire shelter close down. A more reasonable request could be: reinstate the no-kill policy, or maybe push for new, more compassionate management.

You might also want to think about news cycles.

To give you a clearer idea of what I’m talking about, here are two examples of different goals a person could have for their petition. Both have a similar emotion and drive behind them. But one of these is concrete and measureable and generally S.M.A.R.T, and the other is… well, not quite as smart.

Now, this goal is smart. Why?

You can tell definitively if this company starts producing vegan chocolate bars. It’s easy to see if that has really happened. And, the goal is specific and realistic.

This is not such a great goal. Why? Because it’s just too vague. What exactly does “pay attention to vegans” mean? I have no idea. What do you want to have happen? If this company were to receive your petition, would they know what to do with it? My guess is they’d be as befuddled as I am. Plus, it’s also pretty impossible to tell whether or not you’ve ever achieved this goal – there’s no easy litmus test or before/after comparison.

I hope that helps you to narrow down what it is you’re fighting for and asking for! Now go out there and kick some metaphorical butt! Combine your goal that you just identified with your personal story (read more about that here) and you’re well on your way to victory.