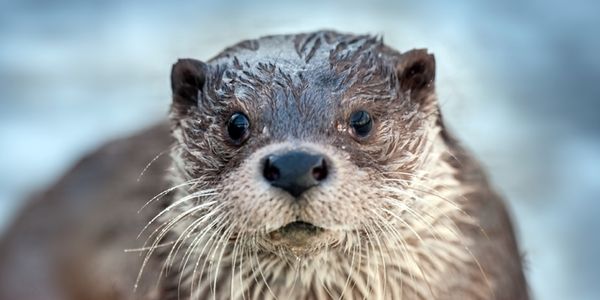 Proposal for Erection of residential development and associated landscaping. Application under Section 42 of the Town and Country Planning (Scotland) Act 1997 to vary the wording of condition 28 of planning permission 15/02781/DC

50% of the important Kelvin River Green Corridor was liquidated and made into brownfield in January and February this year. It is important habitat and feeding ground for a wide variety of wild animals, including otters, bats, water voles and King Fishers.

Now the developers want to complete the damage despite the fact they have admitted they cannot build 15/02781/DC.

"This application (15/02781/DC) was submitted in 2015 and received planning consent in 2016. Blocks C aand D are located on the river's edge and would no longer satisfy current SEPA and flood risk requirements. Furthermore, the location of these blocks raised buildability issues on the sloping site.

The existing flats overlook the buildings, carpark, bin store and landscaped area. The landscaped area with path to the river edge would no longer be considered appropriate as it would be too disruptive to the wildlife in the green corridor." page 64, D&AS of application 19/00592/FUL

Developers had all along been misleading the public about this, threatening to build the arguably more damaging project if they did not get the new application passed. The developers have known since early 2018 they could not build, therefore the  destruction they wreaked on the wildlife corridor, which lies in a conservation area and is protected by law (CDP7, SG7) was done both wrecklessly and needlessly.

Because the developers applied too late for the "section 207 Stopping Up" order which is rquired by condition 28 of the 15/02781/DC, it has not been granted and it is likley to be decided upon after 15/02781/DC lapses 14th June 2014. We believe any variation on condition 28 will lead to more damage to the remaining corridor, utterly meaningless in light of the fact that 15/02781/DC will not be built. Section 28 states:

No work on the development shall begin until the solum of Otago Lane (the existing turning head) has been stopped up under the provisions of the Town and Country Planning (Scotland) Act 1997.

This must be upheld

The Kelvin River Green Corridor is a vital link between Kelvingrove Park and the Glasgow Botanic Gardens. It has meant that protected species such as otters have been able to thrive along the river bank, as well as bats and a large variety of birds and insects. The removal of the Green Corridor would spell the end of this important connectivity and threaten those species which use it, such as the otters.

The destruction of the Green Corridor, accepted as an entity by Glasgow City Council, is only part of a catalogue of destructive, insensitive activities committed by development company, Queesnberry Properties and the previous owner, Hugh Scott. As well as destroying valuable wildlife habitat, the developer used contractors to physically and verbally intimidate the local community living and working on Otago Lane - adjacent to the corridor, and used 24 2 ton concrete blocks to constrict their access to their place of work.

Queenberry plans to build up to 49 dwellings, which would mean the complete destruction of the green corridor, unless we can force them to behave with more respect and sympathy for the environment and the community. This is our opportunity to bring them, meaningfully, to the table.